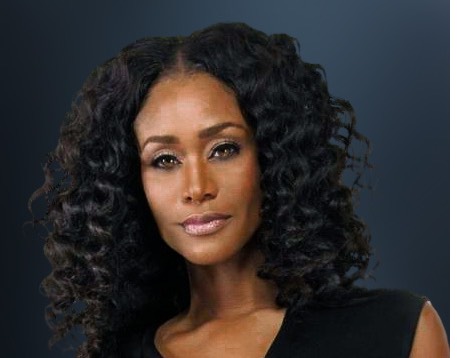 Season four of “Saints & Sinners” will have viewers saying Hail Marys as Mayor Ella Johnson (Vanessa Bell Calloway) sets her sights beyond the fictitious city of Cypress, Georgia, by using her power and influence to grab a state senate seat.

Ready to rekindle her love for scripted television, Tami Roman joins the dynamic cast of the racy Bounce TV drama. The “Bonnet Chronicles” creator who has several alter egos, including rapper Tatiana Trill, is reinventing her brand.

In addition to joining “Saints & Sinners,” she is also enjoying married life. Roman and her husband, Reggie Youngblood, made it official less than a year ago.

“Nothing has really changed except I can’t yell at him and kick him out of the house. We’re married now,” she said. “I know that he genuinely loves me and I love him, so I’m hoping that being married doesn’t change what we have. But so far, so good.”

On “Saints & Sinners,” Roman plays Felicia, a new character who blurs the divide between saint and sinner. “Felicia is a combo piece. I think she really has a good heart. It’s just that when you feel scorned you act out,” she explained. “Her company, which was owned by her father, she felt she should’ve been left the company, but because she’s female, he left it to her adopted brother [played by Karon Joseph Riley].

“So now, I’m coming [to] Cypress to take what I feel should be mine in the first place. Felicia is vindictive. She is manipulative, but at the same time, she’s ambitious about what she wants to achieve in life, so she has to go toe-to-toe with Lady Ella [Calloway]. But she also has to be sweet when she’s dealing with Rex [Clifton Powell]. Rex is someone she is in business with to take down Lady Ella.”

Fellow cast members Calloway and Keith Robinson, who plays Kendrick, say this is the best season yet. Roman says that “means a lot” to her since she is new to the show.

Grateful for how her career is flourishing beyond “Basketball Wives LA,” Roman is poised to drop several future endeavors.

“I have a show coming in September on Apple TV with Octavia Spencer, which is executive produced by Reese Witherspoon called, ‘Are You Sleeping,'” she said. “It’s an amazing cast with Ron C. Jones, Mekhi Phifer and Michael Beach.”