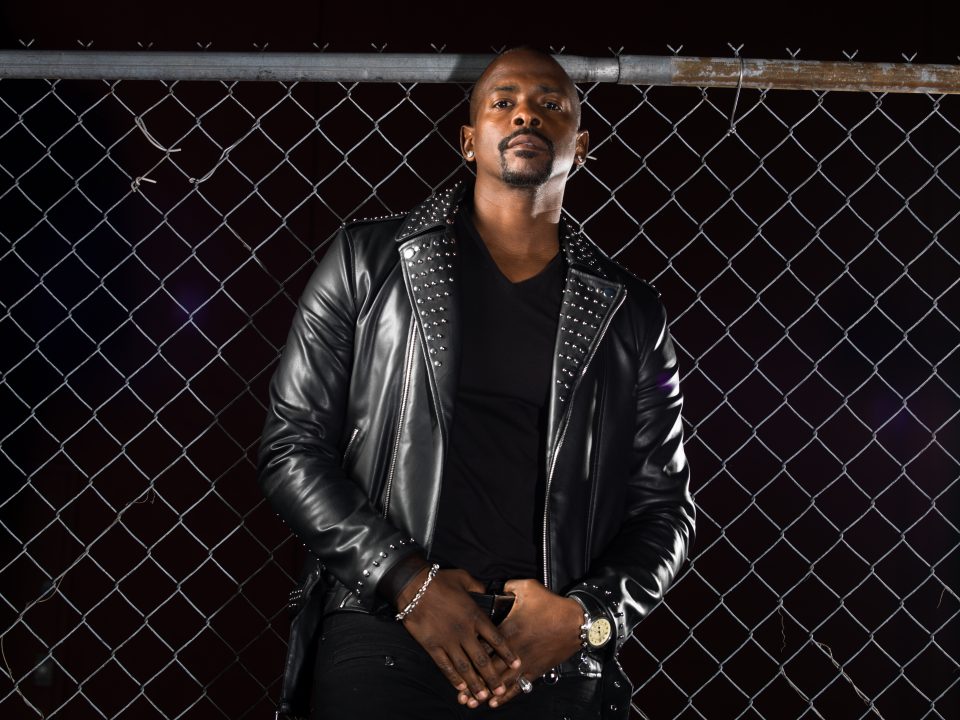 Season 4 of “Saints & Sinners” is set to debut Sunday, July 7, 2019 and according to Keith Robinson, one of the show’s main characters, this season will be salacious! If you haven’t seen the show yet, it’s a crime-drama series that revolves around the” on-goings” at Greater Hope Baptist Church in Cypress Georgia, located right outside of Atlanta. Robinson has been on the show since season one and plays Miles Calloway, a music phenom in both the secular and gospel music worlds that has his challenges with the church and his women. The show also stars Christian Keyes as Levi, Clifton Powell as Rex, and Vanessa Bell Calloway as Lady Ella.

On the show, Robinson’s character mirrors real life, as he’s a singer outside of the show as well. In Robinson’s non-acting life, he’s a writer and a talented singer. He penned his latest single “Happy” for the show and it will also be on his forthcoming project titled Love Episodic 2. The song will make its TV debut on the fourth episode of the upcoming season, and is actually about Miles’ (Robinson’s character’s) confession to his wife, Tamara. The single, which dropped on June 14, 2019, is available on all digital platforms. You can also hear his song by clicking the link at the end of the article.

We caught up with Robinson to get all the juicy details from season four.

We’re in season four of the show. Is this the best season yet?

I would have to say it is the best season yet. I mean, it’s a serious roller coaster ride. A lot of the characters are kind of into “the mask is off”, and you get to see who everybody is and where they’re coming from. I think the first three seasons built everybody’s character. But now that we know these characters, we see them in their full glory, showing out to the max. So, it’s a wild ride for sure.

Well, I think he’s still kind of in the secular world. He’s trying to make his way back to the church, but I think his own life’s personal problems are pulling him away. We see him as an independent artist, trying to balance both worlds, which he doesn’t always do such a good job. He actually performs one of the records in the season called “Happy,” which I wrote. It’s basically his confession to Tamara. So, he’s still musical at heart, but I think him actively pursuing it is in limbo, like the rest of his life is.

You mentioned Tamara, your character’s wife. What’s going on with you two? Will you still be together this season?

We’re actually drifting and she’s the epitome of a woman who’s fed up. She’s taking matters into her own hands and Miles can’t handle it to say the least. So, the tables have kind of turned for Miles and Tamara now, and I think Miles is the one that’s getting the short end of the stick.

Is there still something brewing with you and Dr. Christie?

I think there’s still some love there, it may be a different kind of love, but there’s still some love and admiration there. Dr. Christie is still recovering from the aftermath of the relationship and how she acted in the end. So, she’s still trying to pick up the debris in her life, as Miles is. So, you see them in the aftermath of trying to pick up and move on with their lives because the affair caused such a disaster.

Are there any surprises you can tell us about in season four?

Well, I will say this: Lady Ella is at the epitome of evil and deception and trying to get hers by any means necessary. Miles is at the tip of the iceberg with trying to deal with his new reality of not having his cake and eat it too. With everyone else, like I said earlier, their masks are off. So, there’s some murder, there’s someone who gets taken out. It’s salacious! All the questions that have been lingering around the first three seasons, a lot of them get answered this season. So, it’s imperative that you tune in.

Last question. Who gets killed this season?

Oh, come on! Come on! I can’t tell you that. You tried to run that by me like that? Nah, we can’t do that. Just sit on down Sunday nights and check it out.