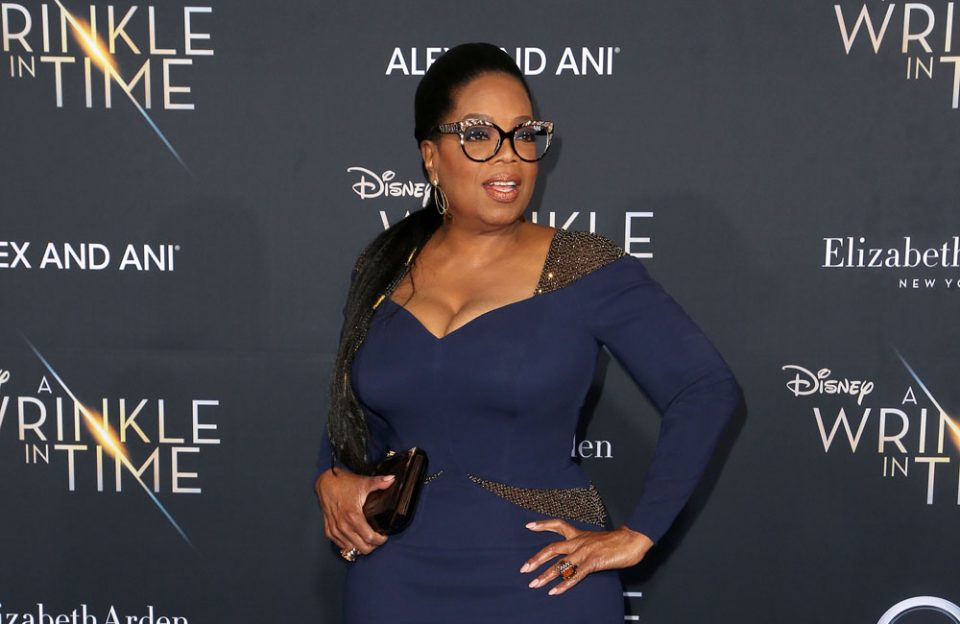 Oprah Winfrey is a big fan of Michael B. Jordan.

The 65-year-old media mogul has joined forces with the 32-year-old actor for a new TV drama “David Makes Man” on Oprah‘s OWN network. Winfrey who isn’ impressed by much gushed that working with Jordan on the project was “powerful.”

“I think it is inspirational for me to be surrounded by and also to be able to collaborate with, lift up, rise along with, help raise, other people who are of like minds,” Oprah told Entertainment Tonight.  The drama tells the story of a “14-year-old prodigy from the projects”  who must choose between the streets that raised him or the higher education that may offer him a way out.

“[Jordan] really does care about these kinds of stories and so you know when you combine the two, it’s even more powerful.”

Jordan, who is co-producing the project with Oprah through his Outlier Society Productions also praised Winfrey for her “guidance.” “It’s pretty epic to have her guidance and her eyes and her essence. Her presence around us, guiding us through this process, has been something I’ll never forget,” he said.

“David Makes Man” is the first TV project from Academy Award winner Tarell Alvin McCraney, who wrote In Moonlight Black Boys Look Blue, the play on which the Oscar-winning movie Moonlight is based.

Meanwhile, last year Jordan pledged to have “inclusion riders” on his future projects to guarantee minority involvement and employment. An inclusion rider stipulates that: “You can ask for and/or demand at least 50 percent diversity in, not only casting but also the crew.” The Black Panther actor vowed to do what he can to promote equality and diversity by having the contractual amendment inserted into all projects developed by his production company Outlier Society.

“In support of the women and men who are leading this fight, I will be adopting the Inclusion Rider for all projects produced by my company Outlier Society. I’ve been privileged to work with powerful woman & persons of color throughout my career & it’s Outlier’s mission to continue to create for talented individuals going forward. If you want to learn more about how to support the cause – link in bio. #OutlierSociety,” Jordan revealed on Instagram.