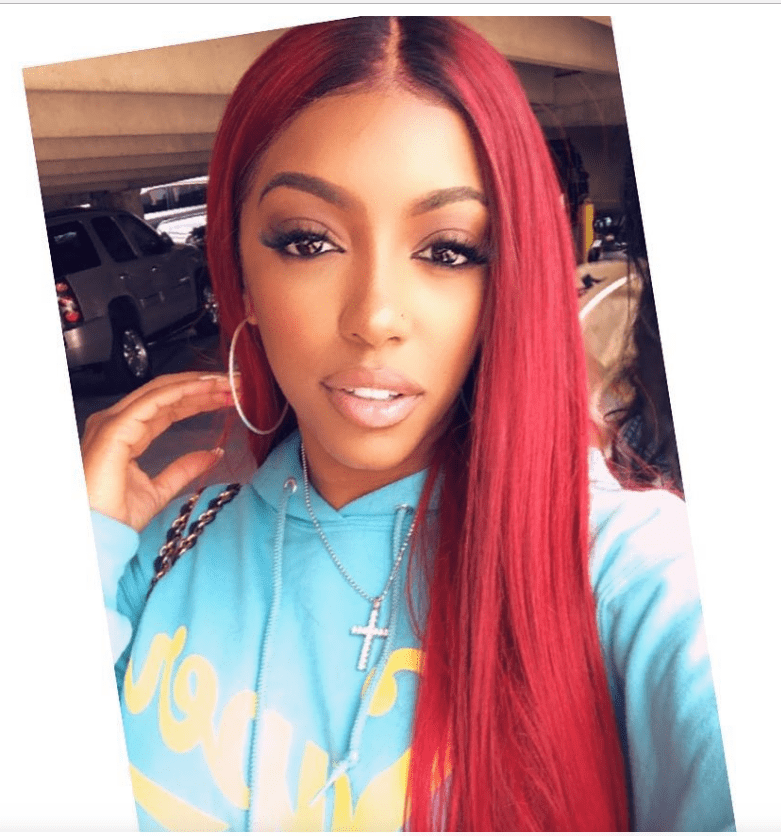 “Real Housewives of Atlanta” star Cynthia Bailey was just telling the media how hard she is pulling for Porsha Williams and Dennis McKinley to reconcile their relationship.

It looks like her prayers were answered as Williams confirmed the two are back together again after being estranged for the past couple of months.

What’s more telling is the fact that Williams is flossing her engagement ring again.

When her “Dish Nation” cohorts tried to get the tea on the show, Williams did say they made up in Canada, though she did not take him north of the border.

“I didn’t take him to Canada, he got his flight and he wanted to come,” she said on the popular entertainment show. “We’re taking it one day at a time, we’re working on it.”

“You don’t give up your ring girl,” said Gary Wit Da Tea. “PJ needs her dad and you need your man. Don’t listen to these miserable b——, keep your husband.”

Williams, 37, and McKinley began dating in 2018. They were engaged in October and welcomed daughter Pilar Jhena in March 2019.

But something happened back in May that caused Williams and her sister and mother to stop following McKinley on Instagram at the same time. When she was asked why they broke up in June, Da Brat stepped in and shut the line of questioning down.

“Look it up. We’re not talking about that today,” Da Brat said on “Dish Nation.”

She doesn’t go into detail about the rumors of McKinley’s past, including infidelity and abusing his previous girlfriend. Williams only said she’s taking it slow.

“I’m pretty much doing everything in my own time,” Williams said. “Not that there’s anything I’m trying to hide or run away from, but if you love someone and you make a mistake or he makes a mistake or whatever’s going on, you gotta make sure that y’all are good at the end of the day.

“I am on a reality television show and I do pride myself on being transparent on the show. But at the same time I’m human and when you’re talking about family, something that you want for a lifetime, you have to protect it.”