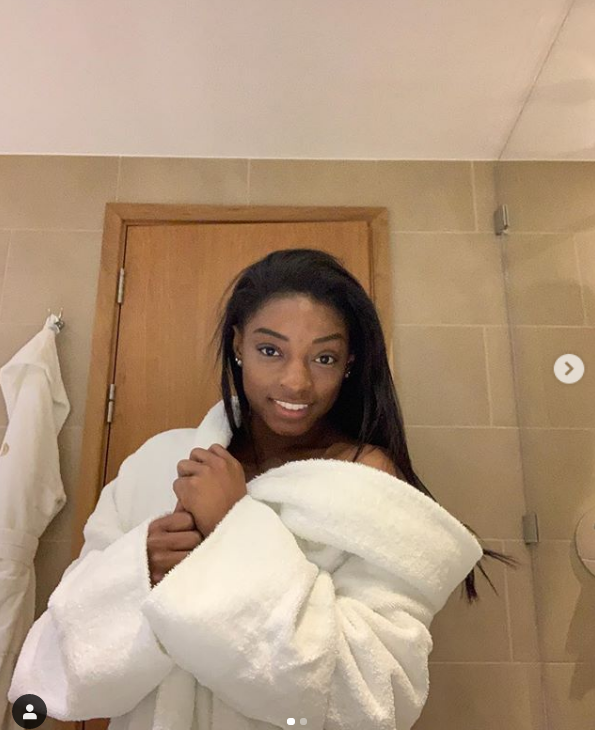 Simone Biles, already the greatest and most decorated U.S. gymnast of all time, concluded her nearly 1.5-minute routine with a spectacular finish at the 2019 U.S. Gymnastics Championship in Kansas City, Missouri.

Biles made history again as she became the only American gymnast, male or female, to ever pull off the double-twisting, double somersault dismount from the balance beam.

Biles, 22, who has more Olympic medals than any other U.S. gymnast in history, wowed the audience and her own squad so much that the dismount will be named after Biles once she performs it during an international meet, Team USA said in a statement.

“I feel like you should never settle just because you are winning or you are at the top,” Biles told The New York Times in an interview Wednesday. “You should always push yourself.”

As for how things turned out in the Kansas City competition, Biles told Team USA, “I’m really happy with the beam dismount and how it’s come along, because if you had asked me if I was going to complete it, I would’ve said ‘no.’ I feel like in those two short weeks we did a lot of work on a couple of the events, so I’m pretty excited with how it turned out.”

Check out Biles’ jaw-dropping dismount in Kansas City below:

💥 WAIT FOR IT 💥@Simone_Biles is the first person in history to perform this dismount and 👏 SHE 👏 NAILED 👏 IT. #USGymChamps pic.twitter.com/l7vVInxMJv