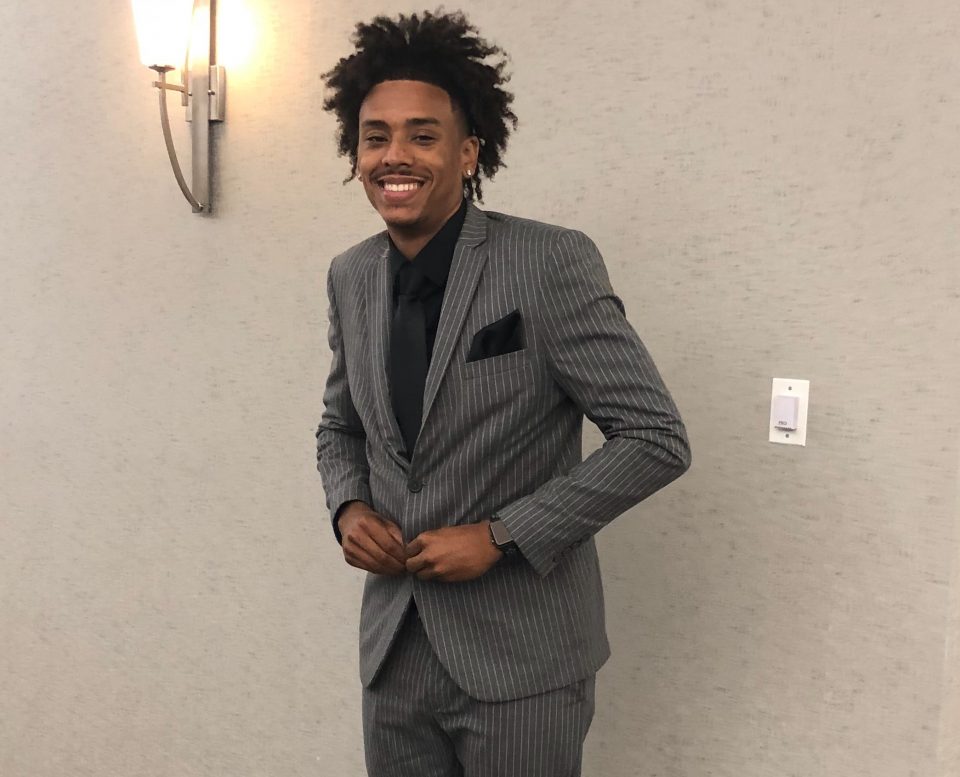 Not all heroes wear capes. Sometimes they’re college students who have tattoos, wear Air Force 1s and jump in to help others in a time of need.

On Tuesday, Aug. 20, 2019, the night before the first day of fall classes, about 400 students who attend schools in the Atlanta University Center were having a good time during a back-to-school block party in front of the campus library at Clark Atlanta University.

Around 10:38 p.m., the party abruptly ended in gun violence due to an altercation between individuals, police said.

Derrick Daniels, who grew up on the South Side of Chicago and is currently a sophomore majoring in early childhood education at Clark Atlanta University, was at the party with other students who attend schools in the Atlanta University Center when the gunfire began, injuring four young women.

Daniels, a recent transfer from Morehouse College, started his first day of school by performing a heroic act, taking swift action to aid one of the shooting victims. She told him her name is Maia Williams-McLaren. According to her Instagram page, Williams-McLaren is a freshman at neighboring Spelman College.

Rolling out spoke with Daniels about the incident.

Where were you when you first heard the gunshots?

I was just across the street talking to a couple of my friends that I saw, just chilling, … and then the shots just [rang] out. [After] the first … shots, nobody really ran, I guess, because everyone was in shock and didn’t necessarily know what was going on. And then [there] was a second shot, and that’s when everyone kind of dispersed.

When did you first see Maia Williams-McLaren?

I was walking some of my Spelmanite sisters back to their dorm. She was on the right side, and I was, like, wow, this girl [is] shot. And then I was, like, her friends were sitting there trying to console her, but they didn’t know what to do.

What was your reaction when you saw the wounded young woman?

How do you personally feel about saving this young woman’s life?

It feels good. I’m not the type of person [who] needs an award or need[s] anything, any type of, you know, compensation for these type of things. I mean, I just did it off pure, pure, pure love for my young Black women and just wanting to help them.

Has this incident changed your view of Clark Atlanta University?

Oh, no. … I mean, altercations happen and people act out. … I love the university. … It’s kind of hard to [keep] these types of things from happening, but I know that the institution will do [its] best to move forward.