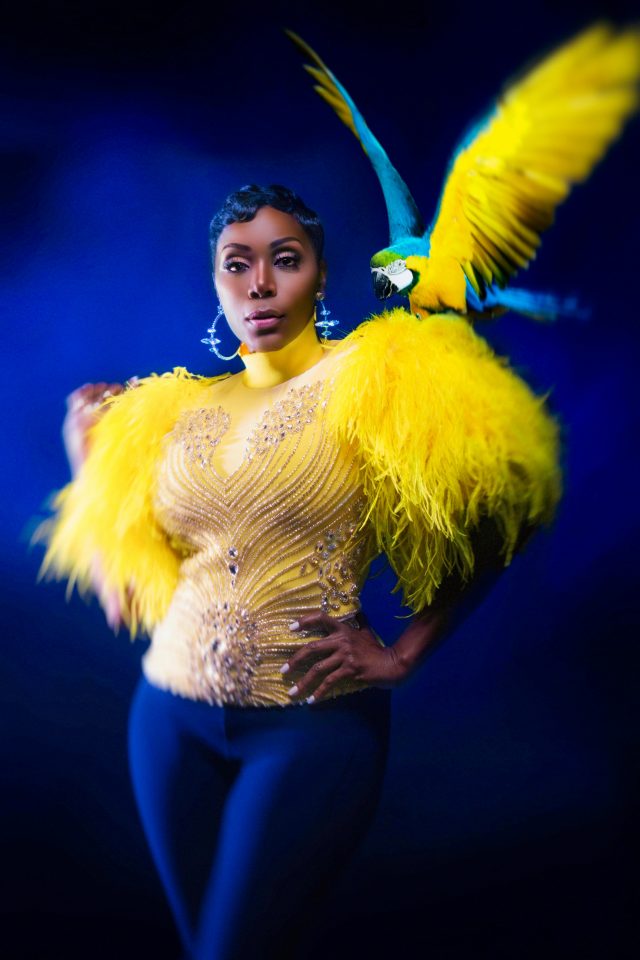 Sommore has been making us laugh for more than two decades alone and as one-fourth of “The Queens of Comedy,” alongside sister comediennes Mo’Nique, Adele Givens and Laura Hayes. In addition to doing stand-up, she is also a writer, producer and entrepreneur.

Born in Trenton, New Jersey, she currently makes her home in Miami and regularly performs to sold-out crowds across the country. Fearless and hilarious on stage, Sommore — whose given name is Lori Rambo — is known as much for her fabulous style as she is for her sassy, sometimes raunchy humor.

Rolling out caught up with Sommore for an interview during a recent stop on her current tour.

How did come up with your stage name?

I just thought that it would be great to create a persona and that is what I did. I figured if somebody gives you something good, what would you want? You would want some more.

I call myself a chandelier. I am an independent artist with a unique perspective who loves stand-up.

How do you think your material has evolved from early in your career until now?

I love stand-up because it is an individual sport and as an artist, you bring your own unique perspective to things. If you are growing, it will reflect in your work. Like there is no way that I can tell the same jokes that I told when I was 20 years old because my life is different.

What would you say is the hardest part of being a comedian?

The hardest part for me is getting people to respect the art of stand-up. … People still think it’s just talking s— and it’s not just talking s—. People think the comedian is the class clown. The comedian is the person egging the class clown on. I have been a stand-up comedienne for 25 years. That is what I sought out to do. Therefore, people always ask me. ‘Do you have any movies or television shows coming out?’ I [do] stand-up. Why do you want me to be an actress? So, they feel like you are not accomplished if you are not doing that.

What do you think the world of comedy needs more of today?

People who know the business of stand-up. I am a businesswoman first, and everything I do I approach it from a business perspective.

What can fans expect from the upcoming Atlantic City Comedy Festival?

I will be hosting the show on Sunday [Oct. 13]. In the hosting position, I actually do more time than anybody. What I love about this festival is that it focuses on two days of stand-up comedy.

I am booked until December. I am working on new material right now, but it will take me about two years to perfect it and for me to be able to get the theme of what I want to talk about for my stand-up special.

Tickets for the Atlantic City Comedy Festival can be purchased now at accomedyfestival.com.