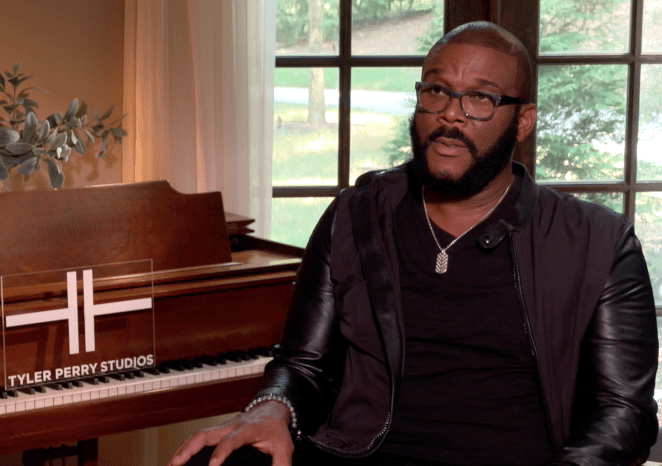 Located in Southwest, Atlanta, the studio was once a Confederate army base known as Fort. McPherson. Today, it sits near the predominantly Black communities of Lakewood, Oakland City, and West End. More importantly, the property is owned by a Black man who found a way to build the biggest movie studio in America.

Tyler Perry’s unfathomable dream has become a reality. It’s not by coincidence that the main office at Tyler Perry Studios is known as The Dream Building. The imagination can become tangible, a concept that can be built, touched, and available for others to find and tap into their creativity.

There are several large mansions on the property that can serve as living quarters, and even a makeshift version of the White House has been erected for the TV show, “The Oval.” There are 12 soundstages dedicated to Black legends in Hollywood such as Oprah Winfrey, Will Smith, Spike Lee, Denzel Washington, Sidney Poitier, Harry Belafonte, Cicely Tyson, Whoopie Goldberg, Ruby Dee, Ossie Davis,  the late John Singleton, Diahann Carroll, and Della Reese.

After touring a portion of the campus, I sat down with Perry. Dressed comfortably and wearing a black jacket, black shirt, and jeans, Perry shared how it felt to make history. “It feels like gratitude,” Perry revealed. “I’m thankful for it because there are so many people that wanted to do it. There are so many people who helped me get here, ancestors included. We couldn’t be here in this moment without them. I’m just grateful for some reason it fell on me to do it. And I’m thankful that everything worked out.”

Perry represents the ongoing legacy of Black success in Atlanta. It’s a city that elected Maynard Jackson as its first Black mayor in 1973. Jackson opened the doors for minority-owned businesses to access opportunities that were previously closed due to racism. Within six years of him being in office, contracts to minority-owned businesses increased from 1 percent to 24 percent. In turn, the number of Black millionaires also increased within the metro Atlanta area.