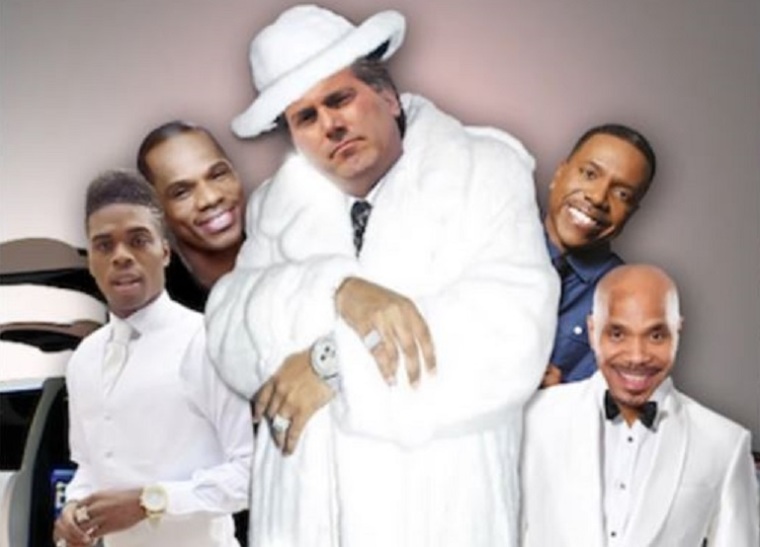 The Black religious community is in an uproar after the White owner of a Black Christian TV station allegedly passed around a racist depiction of himself pimping out major African American clergy.

According to NewsOne and Christian Post, the owner of The Word Network, Kevin Adell, allegedly portrayed himself as a “pimp” and called the Black preachers surrounding him his “h—.”

NewsOne indicated that Adell did not create the photo-shopped picture that was replete with a limousine in the background. However, Adell didn’t protest the photo either, when he saw it on Sept. 19, and even passed the photo around to many of his employees, most of whom are African American.

More than 100 ministers have signed a Change.org form to boycott Adell and the TV station. The Word Network is billed as the largest Black religious station in America that reportedly reaches 93 million homes.

Bishop George Bloomer, 56, a longtime televangelist and founder of Bethel Family Worship Center, a multicultural ministry in Durham, North Carolina, confronted Adell about the photo, according to the petition.

“Recently, [Adell’s] actions have shown that even though he has profited off of the Black community, Mr. Adell does not have regard for Black humanity,” the petition reads.

The Change.org petition has garnered more than 3,000 signatures in six days.

Bloomer claims, as stated in the petition, Adell reportedly dismissed him out of hand after he sought redress for the inflammatory and grosteque photo.

“This is not funny. This is not good. That pimp talk and hoe talk has racist connotations for Black people.’ Adell texted Bishop Bloomer … and said that ‘it’s funny and he should get over it,’” Bishop Bloomer stated.

Bloomer has since reportedly left The Word Network, according to NewsOne.