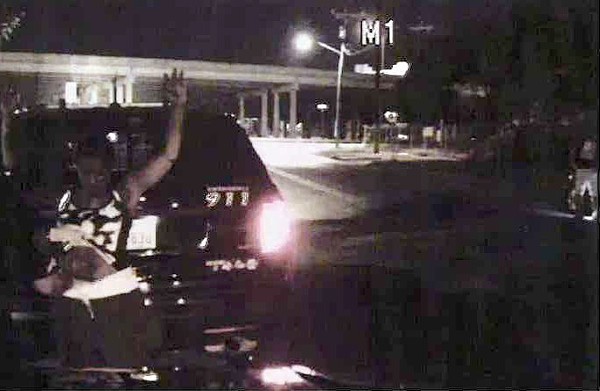 A Black woman endured sexual abuse after being searched by police in San Antonio. In a ruling issued on Oct. 17, Natalie Simms received $205,000 after proving a detective pulled her tampon during a strip search, according to KSAT.

The incident occurred in 2016 when Natalie Simms was pulled over by Detective Mara Wilson of the San Antonio Police Department. Wilson claimed that she was searching for drugs. However, Simms did not consent to a vaginal search.

Wilson pulled Natalie’s pants and underwear down in public and used her flashlight to search her vagina. She also pulled a string attached to a tampon out of Simms vagina, according to the lawsuit.

Wilson pulled the tampon string and asked, “I just want to make sure that’s what it is. Is that a tampon?” Simms responded by asking, “It’s full of blood, right? Why would you do that?”

Wilson also made a comment about Simms’ pubic hair that was inappropriate. Simms filed the lawsuit in March 2018.

“There’s no amount of money that will satisfy Natalie, in that she’s had something taken from her that can never be replaced — and that’s her dignity,” said Dean Malone, the lawyer representing Simms.

The City Attorney’s Office released the following statement about the amount of money settled during the lawsuit. “There is no standard formula used to calculate and negotiate a settlement between parties. Every case is evaluated on its own and like any other parties in litigation we consider the applicable law and the facts.”