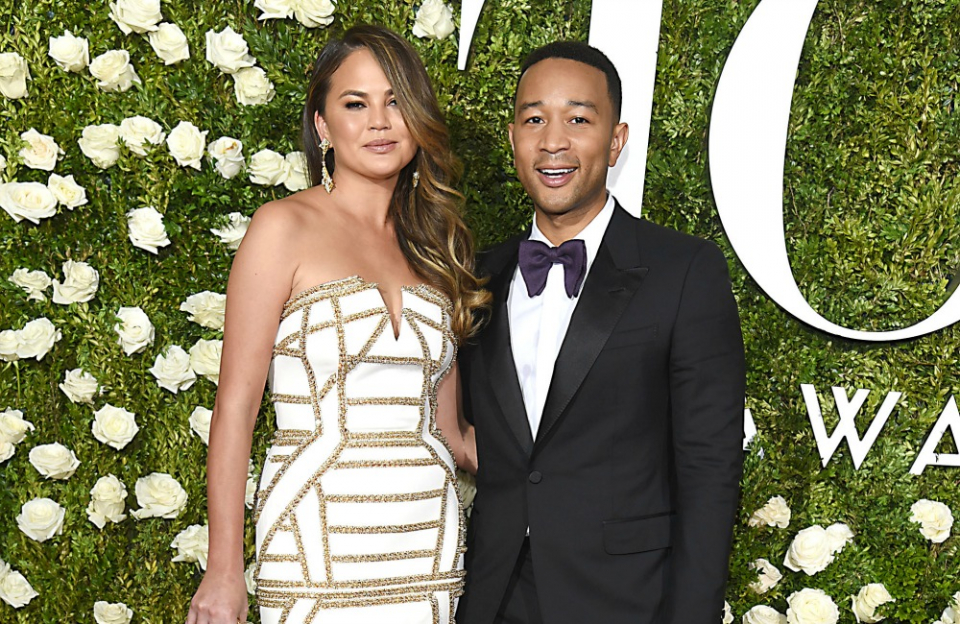 Chrissy Teigen, who has two kids, daughter Luna, 3, and 17-month-old son Miles with the chart-topping musician John Legend, used Twitter to gush about her husband.

The 33-year-old model — revealed he flew from London to Los Angeles to eat dinner and watch the U.K. version of “Love Island” with her.

Teigen wrote on the micro-blogging platform: “I do not normally brag about john, as it is my schtick to make fun of him always, but he flew from London to LA instead of London to DC to have dinner with me and watch love island UK because I haven’t been feeling like myself lately. Just a few hours but it meant a lot. Thank u.”

Teigen later added: “AND he had to fly on his least favorite airline. That is love.”

Meanwhile, Teigen recently confessed she is sick of having to defend herself from conspiracy theories and rumors.

The world-famous model took to Twitter to hit back at the hurtful things she’s forced to read about herself on social media.

In response to one theory, Chrissy tweeted: “Imagine this, all day every day, on every platform. defending yourself, and that defense just meaning you’re getting worried. this is the exact type of person I am flooded with all day, every. f—-ing. day.

“Twitter has honestly done an awesome job with filtering and blocking or if necessary, suspending accounts. instagram is not so good. but I’m not really content anymore with just…not seeing it. I wanna see it and I want to fight this s–t.”