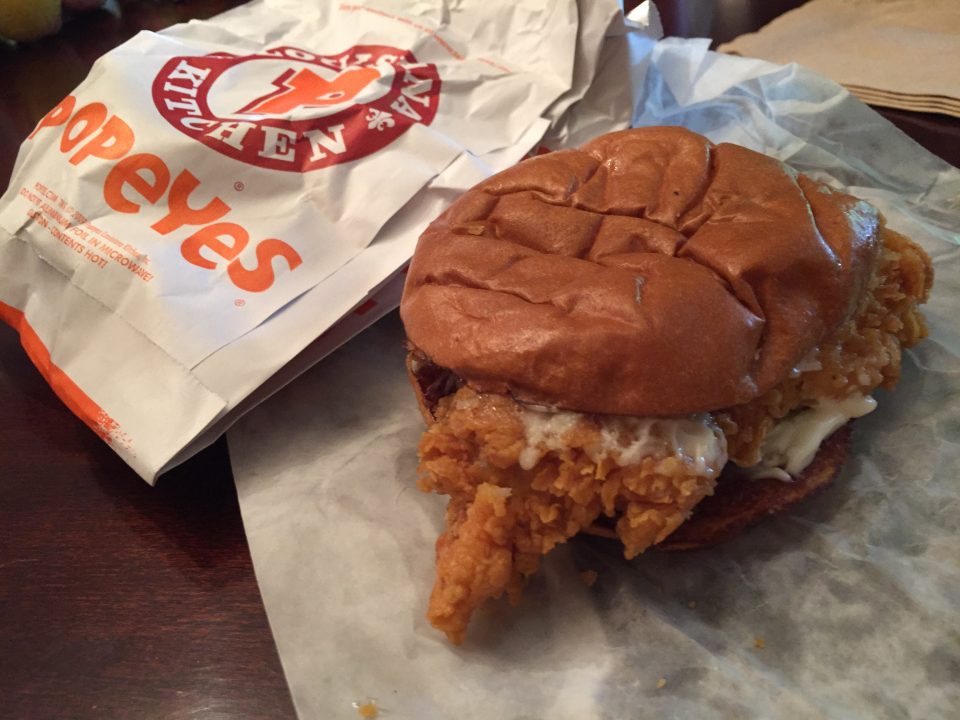 The hysteria around Popeyes chicken sandwich continues. One day after it was reported that a man was stabbed to death over the sand which, videos of fights at Popeyes have emerged.

In a video that was captured in Los Angeles by Instagram user @famousboi.d, two drivers got into a spat over who was next in the drive-thru line. One car rammed into another car and a pole while attempting to reach the drive-thru window.

A person from one of the vehicles exited the car and confronted the driver, who was attempting to cut in front while en route to the drive-thru window. The video has since gone viral.

Following a hiatus, Popeyes recently brought back the chicken sandwich after experiencing high demands over the summer. However, in some instances, unruly customers willing to use violence as a means to obtain the sandwich have caused chaos.

Click continue to view video of the dustup at the drive-thru.