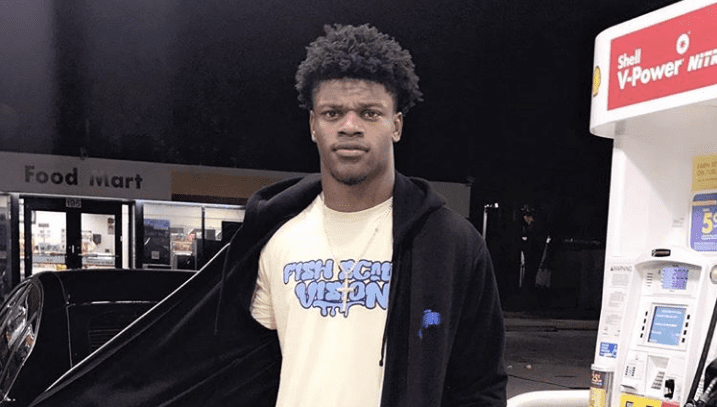 Lamar Jackson of the Baltimore Ravens has done a good job of disregarding all of the naysayers who initially viewed him as an athlete who would never be successful at the quarterback position. Currently, Jackson stands as the leader in the 2019 NFL MVP race.

However, he still continues to deal with racism in today’s NFL.

“He’s really good at that fake, Lamar Jackson, but when you consider his dark skin with a dark football with a dark uniform, you could not see that thing,” Ryan said on the air. “I mean you literally could not see when he was in and out of the mesh point, and if you’re a half step slow on him in terms of your vision, forget about it. He’s out of the gate.”

The 49ers decided to suspend Ryan for his racial comments about Jackson.

“We hold Tim to a high standard as a representative of our organization, and he must be more thoughtful with his words. Tim has expressed remorse in a public statement and has also done so with us privately,” the 49ers said in a statement to the San Francisco Chronicle. “We know Tim as a man of high integrity and are confident he will grow and learn from this experience.”

Ryan also issued a statement saying, “I regret my choice of words in trying to describe the conditions of the game. Lamar Jackson is an MVP-caliber player, and I respect him greatly. I want to sincerely apologize to him and anyone else I offended.”

Jackson or the Ravens have yet to comment on the incident.