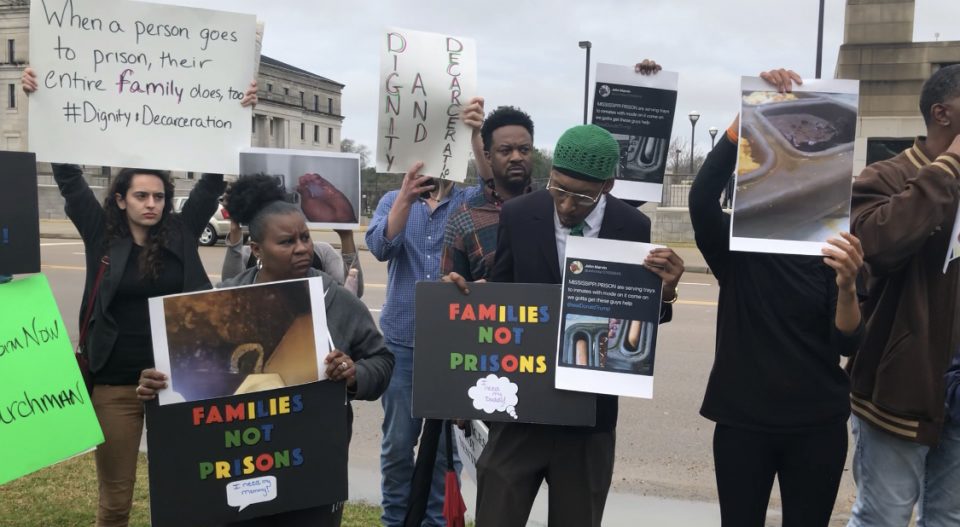 A little over a week ago, the activist group Until Freedom traveled from New York City to Jackson, Mississippi, in an effort to seek justice for the inmates in the Mississippi State Penitentiary. They met with local organizations and officials, including The Poor People’s Campaign, the Mississippi Prison Reform Project  and the mayor of Jackson, and attempted to have a meeting with the governor-elect. The organization also met with victims of the Mississippi Department of Corrections regarding the inhumane treatment of prison inmates.

Rolling out had an opportunity to talk to Denise Coleman, who served a 38-year sentence in MDOC for a crime she did not commit. Coleman was charged with a murder simply because she refused to snitch on the person who really committed the crime. And for 38 long years, she suffered at the hands of the MDOC. She told rolling out about the spoiled food that inmates were served and the significant amount of time spent in solitary confinement on a daily basis, even without having committed any offense warranting it. 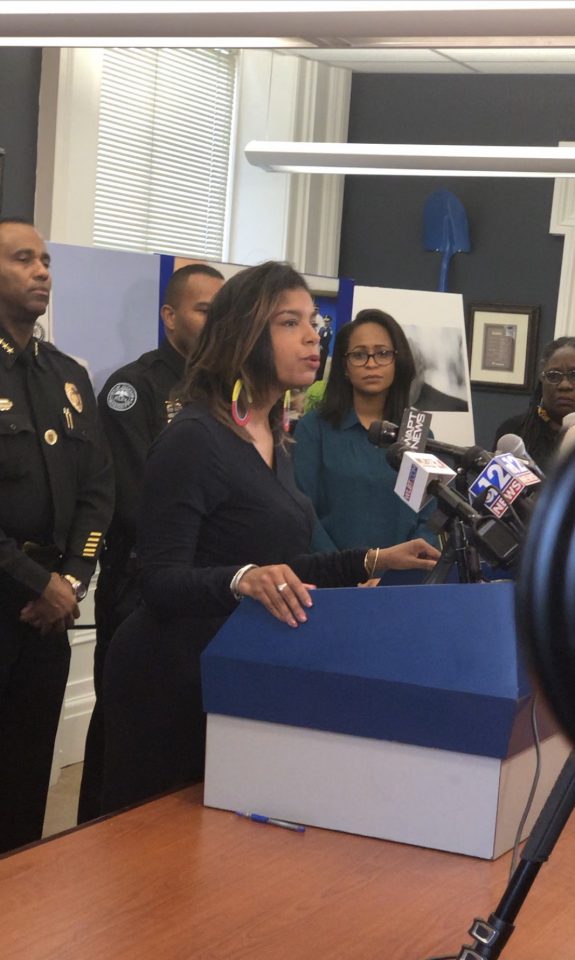 Rukia Lumumba of the People’s Advocate Institute addresses media at a news conference in the mayor’s office in Jackson, Mississippi. (Photo by Lerae Funderburg for Steed Media)

Rolling out also had a chance to speak to the aunt of the young man who was found hanging in his jail cell for hours and later moved by other inmates (as opposed to prison personnel) who were tired of looking at the sight of a dead body. She learned of her nephew’s death from another inmate in the prison. Upon calling the warden and the prison, neither she nor her sister — the deceased inmate’s mother — were able to get any information about what actually occurred with their loved one for days. Questions went unanswered and calls were ignored. The family was completely shut out, and to the best of their knowledge, no investigation is being conducted. 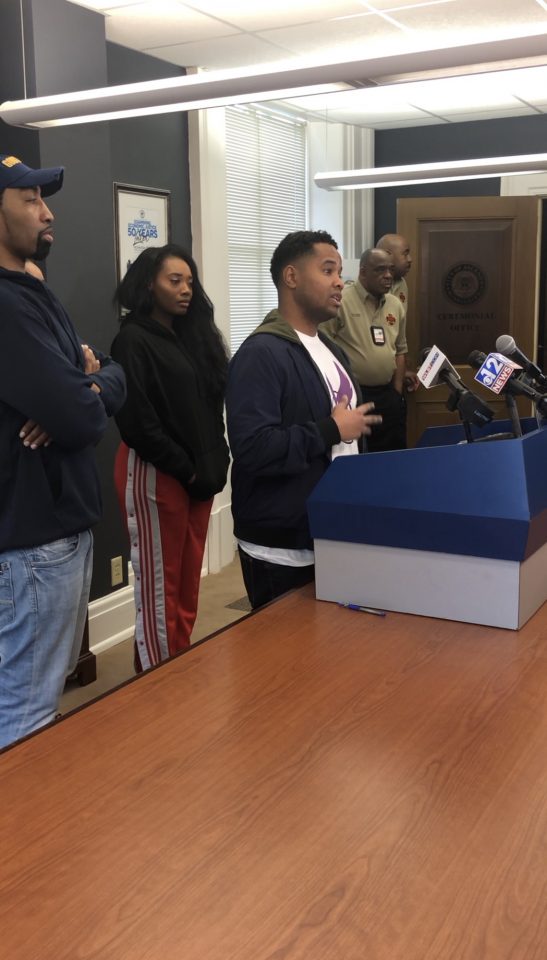 Until Freedom co-founder Angelo Pinto addressed media at a news conference in Jackson’s Mayor’s Office. Pictured (left to right behind him) are Mysonne Linen and Yandy Smith-Harris. (Photo by Lerae Funderburg for Steed Media)

Until Freedom has decided enough is enough. Members of the group are returning to Mississippi and this time, they’re bringing backup. Jay-Z and Roc Nation are now involved in the fight to shut down Parchman prison and improve conditions in the other state prisons.

Jay-Z, on behalf of at least 30 prisoners, already filed a lawsuit against the state of Mississippi due to the inhumane conditions suffered by the prisoners. Parchman’s superintendent along with the MDOC commissioner are named as defendants in the petition. He started with a letter demanding improved conditions, but when Jay-Z received no response, his lawyers promptly filed the lawsuit.

Rapper Yo-Gotti is also involved in the movement. He, along with Until Freedom, Jay-Z and other celebrities who are sick of the injustices suffered by inmates and Black Americans in prison systems worldwide are in the process of organizing a rally in Mississippi next week.