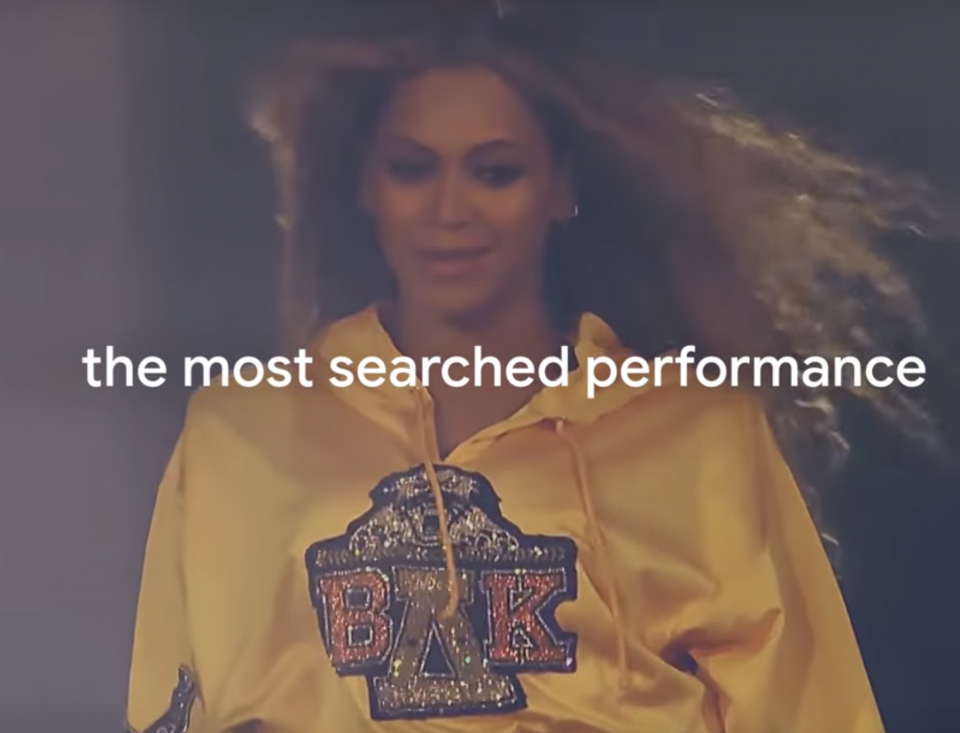 On Sunday, Jan. 26, 2020, Google released a new video ahead of Black History Month highlighting phenomenal African Americans who have made noteworthy accomplishments.

The concept behind the video is to bring awareness to some of “the most searched” history makers and moments that have captured the attention of the world. It opens with “the most searched performance” — Beyoncé headlining the Coachella festival in 2018 — and features about 20 others in all areas of Black culture, including the arts and sciences, entertainment, sports, civil rights and the military.

Google posted its commercial on its Twitter page with the following caption: “This February, we’re celebrating the Black history makers who have helped shape and influence American culture. According to @GoogleTrends, these icons, events, and movements are #TheMostSearched in the U.S.”

It aired on television during the 2020 Grammy Awards broadcast and is featured on Google’s social media platforms and its website at g.co/blackhistorymonth.

Check out the video below and then click to the next page to read some of the reaction on Twitter to the tech giant’s idea.