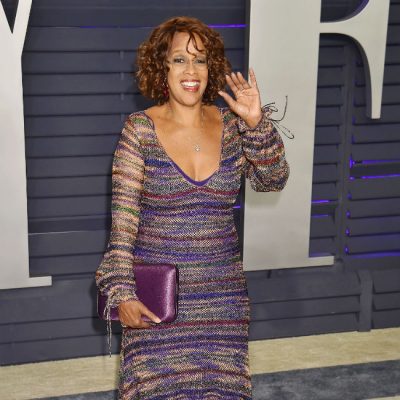 Gayle King is catching flack after pressing WNBA legend Lisa Leslie about Kobe Bryant’s 2003 rape case. During an interview with Leslie for “CBS This Morning,” which aired on Feb. 5, King asked if Bryant’s rape case would tarnish his legacy.

On Jan. 26, Bryant, 41, passed along with his daughter, Gianna, and eight others following a helicopter crash in Calabasas, California.

“It’s not complicated for me at all,” Leslie responded when asked about Bryant’s criminal case. Leslie, who first met Bryant when he was 18, spoke about Bryant’s behavior with women while at nightclubs.

“Even if there’s a few times that we’ve been at a club at the same time, Kobe’s not the kind of guy, never been, like, ‘Lis, go get that girl, or tell her, or send her this.’ I have other NBA friends that are like that. Kobe, he was never like that. I never saw an aggressive side to Bryant being the kind of person that would do something to violate a woman or be aggressive in that way. That’s just not the person that I know.”

King pressed Leslie and said that she may not have seen Bryant being aggressive because they were friends.

The charges were dropped in Bryant’s 2003 rape case, but he settled with the alleged victim.

Following the interview, King was blasted on social media.

@GayleKing you had Kobe’s whole life since 2003, to ask him about that case and look into the dismissal…why now? Dumb

Gayle King and Oprah are so disgusting so I don’t even know why I’m surprised by this. Why would she even ask? Even if it’s your job. Have some decency. 🤢 pic.twitter.com/eLcOV6UuHo

@GayleKing what in the poor taste was that Lisa Leslie interview?! His wife hasn’t even buried him yet! You were trying to manipulate a narrative for #KobeBryant that while he’s amazing let’s not for get he’s a rapist. Shame on you!