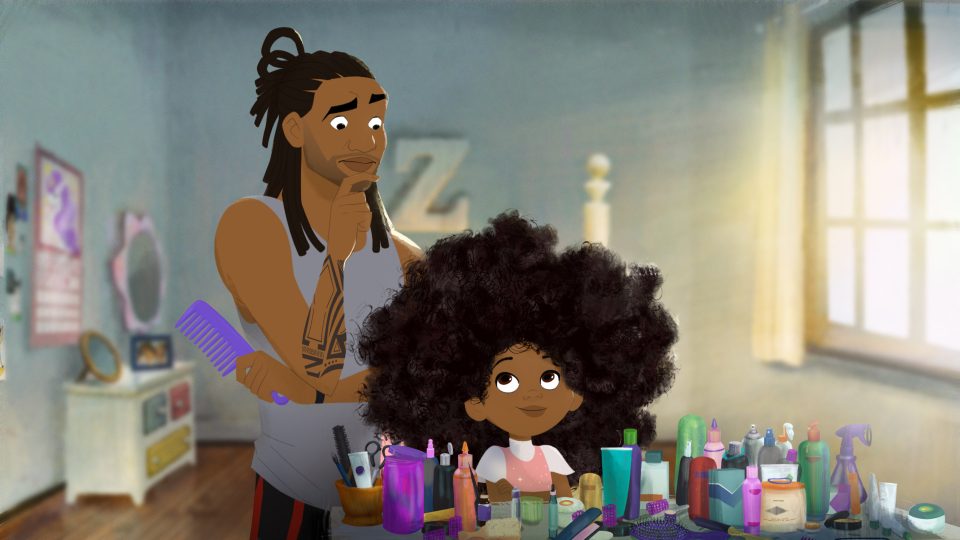 After playing football for 20 years, first as a child and then professionally in the National Football League, film director Matthew Cherry found himself retired at 25 and humbled going from NFL wide receiver to what he describes as the “lowest person on the entertainment industry totem pole” — a production assistant getting coffee and running errands. However, being a PA had its advantages. It put him in the position to be something that he always wanted to be: a director.

Rolling out spoke with Cherry to learn more about his journey from professional football player to film director and his Oscar-nominated short, Hair Love.

Was it hard to transition from playing in the NFL to directing?

It really wasn’t. I’ve always known that I wanted to be in the entertainment industry. I was in the audiovisual club in high school and received my undergraduate degree in media. It’s funny you ask this, though. Someone reminded me on social media recently that I received an award in the sixth grade for creative writing. It was for a story I wrote on an escape artist whose act was interrupted by an earthquake.

That aside, it was definitely a transition. I had to readjust my attitude and humble myself. Getting a job as a PA wasn’t as glamorous as the NFL, but it allowed me to see other people and other directors that looked like me, so it was good in that aspect.

How long did it take for you to feel that you were on the right path?

I would say that it took about 10 years. Honestly, it wasn’t until Hair Love because I’ve done a lot of stuff from videos to independent films, but until Hair Love, nothing really stuck. Until you have something that hits on that level, you’re constantly questioning if this is the right decision and going back and forth about your career choices and if this the right path.