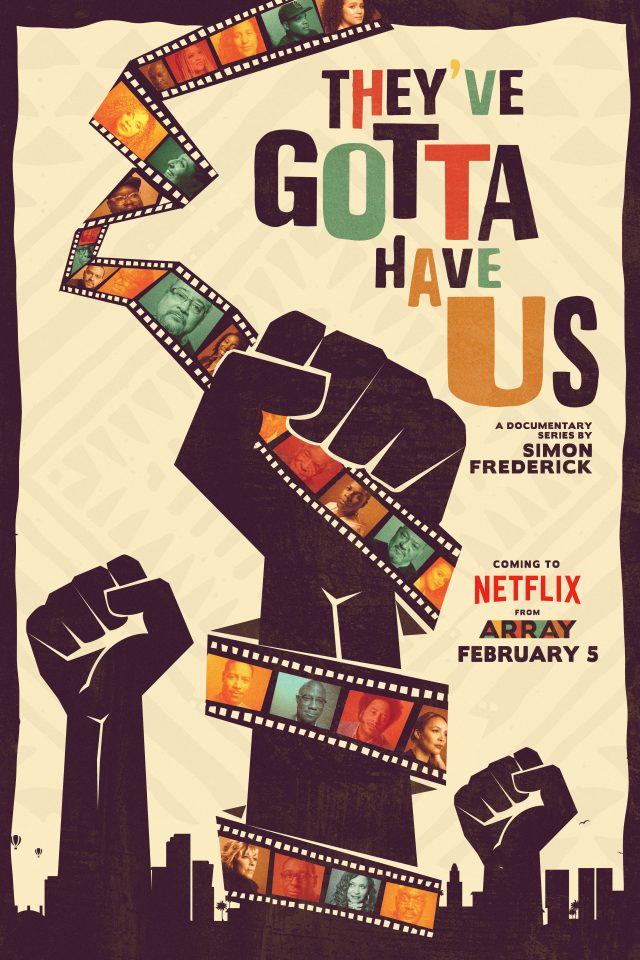 Official poster for “They’ve Gotta Have Us.” (Image courtesy of Netflix)

“They’ve Gotta Have Us,” an in-depth look at Black Hollywood, arrives just in time for Black History Month.

Presented by Ava DuVernay’s Array, the three-part documentary series by Simon Frederick begins with the historic win of Moonlight at the 2017 Oscars. From there the series features in-depth interviews and examines Black Hollywood‘s pioneering actors, continuing through the invasion of Black British actors in the United States.

Rolling out spoke with Frederick at the Array campus about this important series. From Black Hollywood’s earliest beginnings to today’s boom, “They Gotta Have Us” will illuminate viewers.