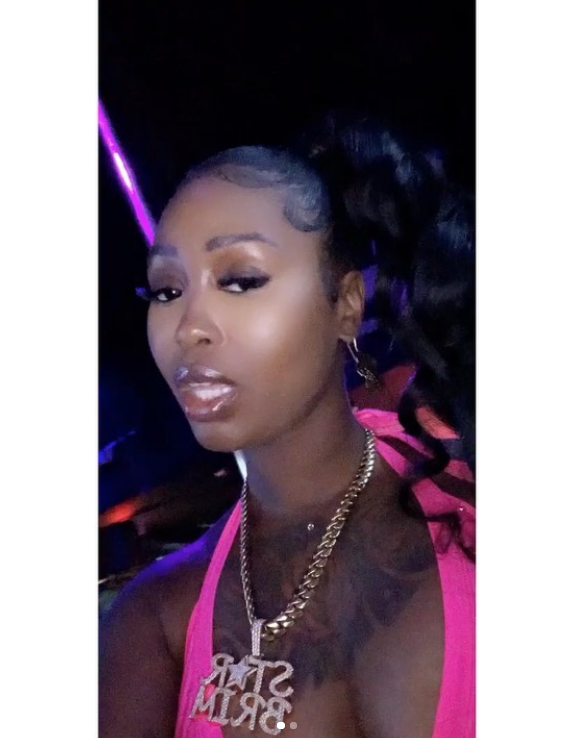 In an unusual twist in legal matters, Cardi B’s best friend Star Brim has been charged with several felonies connected to alleged violent gang activities. However, authorities will wait until Brim gives birth before arranging for her arrest, the U.S. Department of Justice announced.

Star Brim, whose birth name is Yonette Respass, has been swept up in a wide law enforcement roundup of the 59 Brims, a reputed Bloods gang operating in New York, NBC News and Pix11 news station report.

Brim, 27, is reportedly the “godmother,” or the highest-ranking female member, of the 59 Brims, the person that other female members must report to.

According to the documents the U.S. Attorneys for the Southern District of New York filed that were obtained by NBC News and Pix11 television station, Star Brim is charged with racketeering conspiracy and ordering the slashing of an individual.

“As alleged in the indictment, the defendants were responsible for brutal acts of violence — murders, attempted murders, a maiming, and robberies — in service of the 59 Brims gang,” U.S. Attorney Geoffrey Berman stated, according to Pix11.

More specifically, federal law enforcement officials stated that Brim and four others maimed and assaulted someone in summer of 2019.

In an Instagram post from late January, a very pregnant Star Brim told her 1 million followers that she had about four weeks left before the arrival of her child. Therefore, the baby is due any day now, the media reports.

Cardi B had posted a long message on Instagram in 2018 on how Star Brim had turned her life around after being out on bail and working as a bartender.

“Soo proud of her,” Cardi B wrote. “Seen her growth and I see how responsible and determined she is.”

Star Brim’s problems are not relegated to the New York area. NBC New York reports that Brim is also wanted by the Eastern District of New York who announced charges the same day. According to those documents, Star Brim allegedly ordered the beatdown of a bartender in the Flushing area of Queens. Brim allegedly gave the order while she was behind bars, U.S. Attorney Donoghue stated.