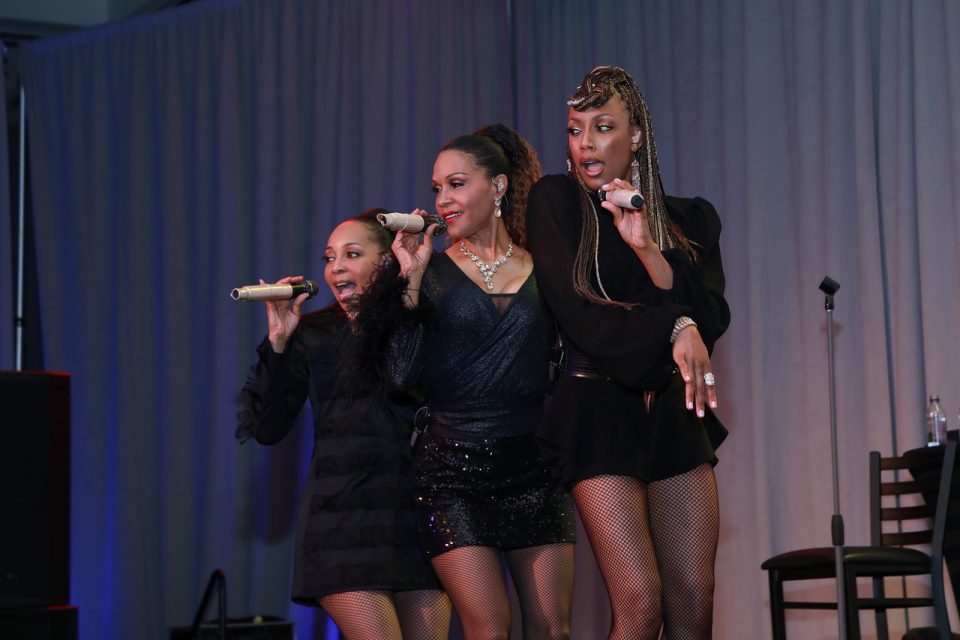 From the moment En Vogue rocked little black dresses, heels and red lipstick in the visuals for “Hold On,” we were captivated. Their sensual sophistication, daring lyrics and dulcet vocals became the blueprint for bold elegance. They embodied Black girl magic long before it was a hashtag movement. Thirty years later, the funky divas still give us something we can feel as they tour and collaborate with present-day culture creators such as Chance the Rapper.

Rolling out spoke with one of R&B’s most popular girl groups about how they continue to create and define culture in the entertainment industry, their reunion with all the original members and their upcoming appearance on the final season of Fox’s “Empire.”

“The messages in our music translate forward even to today — like ‘Free Your Mind’ — the message is still relevant,” Cindy Herron-Braggs said. “What our music spoke to was relatable, and we tried to set a positive image for the group. A lot of young ladies were following those images. I think that was a defining moment in music history. We made a place for ourselves.”

Fellow original member Terry Ellis added: “Being African American women, it was important to us to establish that message because we’ve always felt like, having a platform like this, you better have something to say.”

Similar to several other R&B mainstays, En Vogue has endured several transitions. Original members Dawn Robinson and Maxine Jones are not officially with the group, yet they return for special events. Last year, the entire quintet performed at a gala honoring their mentor, music executive Sylvia Rhone.