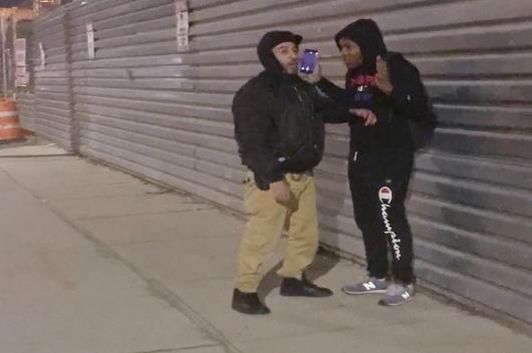 Another Black man was beaten by police in an incident that was captured on camera.

On March 4, Fitzroy Gayle, 20, was stopped by undercover cops from the NYPD while he was near a park in Brooklyn, New York. After he was stopped, a pedestrian began filming the encounter.

Gayle asked the cop several times why he was being detained, but the officer never told him his alleged crime and called for backup. Several other cops arrived on the scene and threw Gayle to the ground and began stomping and kicking on him.

Gayle screamed for help and that he never thought that he would be the victim of police brutality. He also said that he had never been arrested.

Gayle was initially on his way to pick up items from a store for his mother when he was stopped and assaulted, according to ABC News.

The video was eventually uploaded to social media and has since gone viral.

I’m walking home from work and this undercover cop was holding this man. The guy asked for the cop to identify himself, he ignore that. He asked what crime he commit, he ignore that too. I pulled out my phone. You can hear the guy screaming “I never thought it would happen to me” pic.twitter.com/YW2dI3g8fk