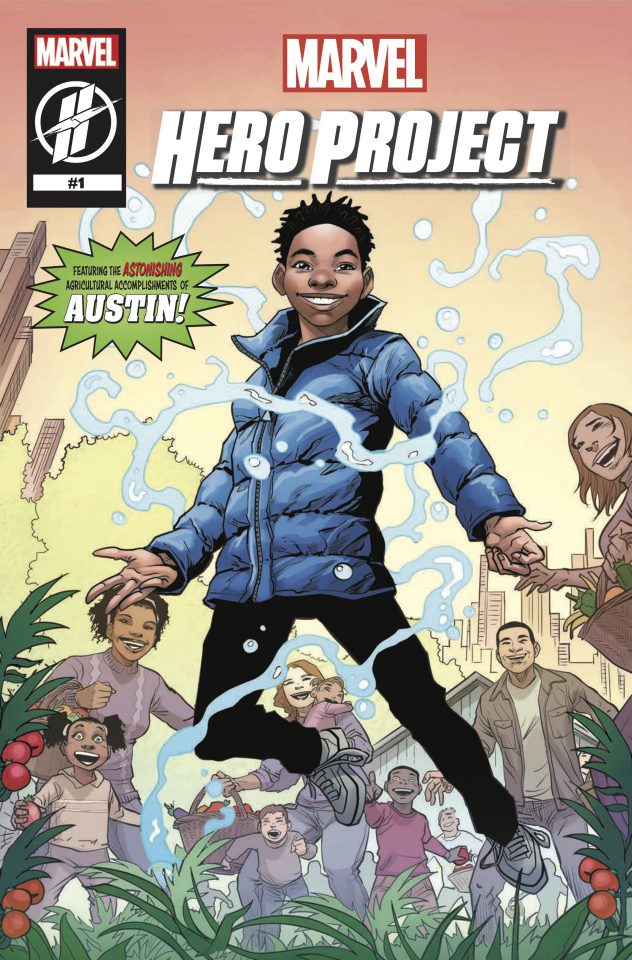 Heroes can be everyday people, like teachers, local law enforcement officials, and community organizers. In “Marvel’s Hero Project,” the heroes are kids.

The “Hero Project” is Marvel Entertainment’s first unscripted reality series on the Disney+ streaming platform. Each week, the show spotlights a different young person and their endeavors to help their communities. In turn, Marvel surprises these young heroes by welcoming them into “Marvel’s Hero Project.”  Viewers of the series will meet 20 amazing young people, who are performing acts of bravery and kindness, from across the country.

This week’s hero is Austin Hurt, who lives with his family in Indianapolis. They are among the nearly 500,000 people who have experienced homelessness in any given year. Austin would often go without meals when school was not in session during the summer months. In an act of innovation, Austin took a small bag of beans he found in the family’s pantry and planted them in the ground outside their home to ensure that his family would later have enough to eat.

Planting those beans motivated him to spearhead planting a community garden filled with fruits, vegetables and herbs that served his family as well as other kids in need in his neighborhood. After his first garden was vandalized, his family was forced to move. Since relocating, he and his family have launched a new and even bigger garden to help feed their community again.

This inspiring episode is available now via streaming to Disney + subscribers.

Watch a clip from the episode below to get a glimpse of this amazing young man and his hard work to build a second community garden in Indianapolis.