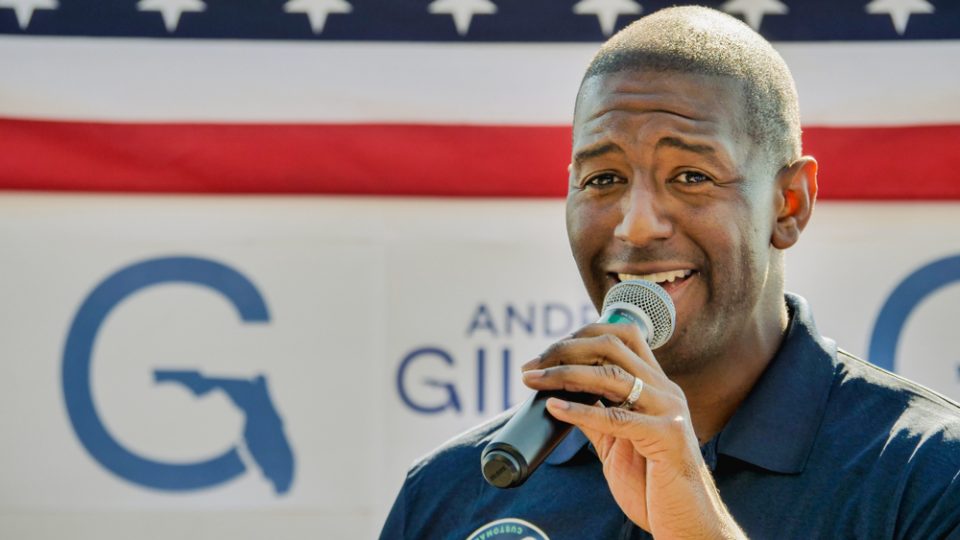 Andrew Gillum, the former Democratic gubernatorial candidate for Florida, is outraged that damning photos of his alleged drug-fueled party in a South Beach hotel have been leaked to media outlets.

Gillum, 49, is the former mayor of Tallahassee, Florida, who barely lost his bid to become the state’s first-ever African American governor, which makes this scandal ever more explosive. Gillum has retained legal counsel after he was allegedly caught by Miami Beach cops passed out in a pile of vomit while a naked male escort reportedly overdosed on crystal meth.

Additionally, The Root reported that ultra-conservative Republican Candace Owens, a close friend of the White House, stated that she also published the police report on her social media platforms.

Alex Spiro, the attorney, fired off an angry and accusatory letter to The Floridian in all caps, saying the leak subjected Gillum and his wife and children to national humiliation, according to the Post:

“TO BE CLEAR, THE PUBLIC HAS NO LEGITIMATE INTEREST IN ANY SUCH PHOTO, AND ITS RELEASE APPEARS TO BE BASED NOT ON A DESIRE TO SHED LIGHT ON AN IMPORTANT PUBLIC EVENT, BUT RATHER TO APPEAL TO THE PRURIENT INTERESTS OF CERTAIN MEMBERS OF THE PUBLIC. MOREOVER, THIS BLATANT ATTEMPT TO DAMAGE THE REPUTATION OF A DEVOTED PUBLIC SERVANT SEEKING TREATMENT IN THE MIDST OF A NATIONAL EMERGENCY AND GLOBAL HEALTH CRISIS IS APPALLING AND DEMONSTRATES AN UTTER DISREGARD FOR DECENCY AND THE PRIVACY RIGHTS OF MR. GILLUM AND HIS FAMILY. THE ARTICLE IS A VIOLATION OF MR. GILLUM’S RIGHTS TO PRIVACY AND MUST BE PROMPTLY REMOVED.”

Meanwhile, Enrique Tarrio, a 2020 Republican candidate for Congress in Florida, is vowing to push back against any legal action taken by Gillum.