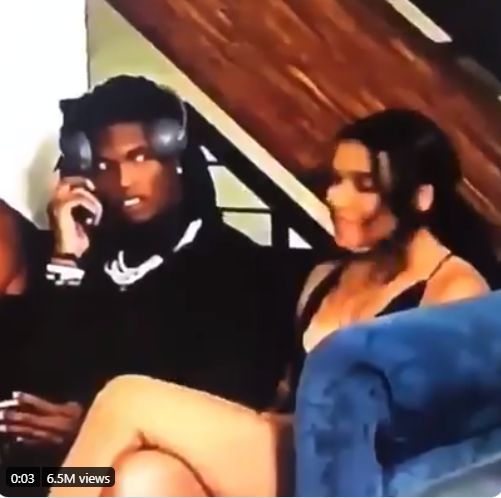 In a viral moment that took off faster than most could confirm the identity of the NFL‘s top pick Thursday, April 23, former Oklahoma Sooners wide receiver and now Dallas Cowboys rookie, CeeDee Lamb, was caught giving his girlfriend, Crymson Rose the side-eye on national television.

Most thought CeeDee was covering something up when his girlfriend took his phone out of his hand and he immediately snatched it back during a draft party that included Lamb’s mom in the shot. However, both CeeDee and Crymson have confirmed it was nothing more than her just trying to be a good girlfriend and help him multitask.

“His agent was FACETIMING him while he was on the phone with the Cowboys,” Rose said, according to TMZ. “I was doing the GF thing gonna answer it for him sheesh.”

A kiss between the two on social media did more to ensure they are in fact on good terms and there are no ill feelings.  Click through for some hilarious reactions to the now-viral moment.