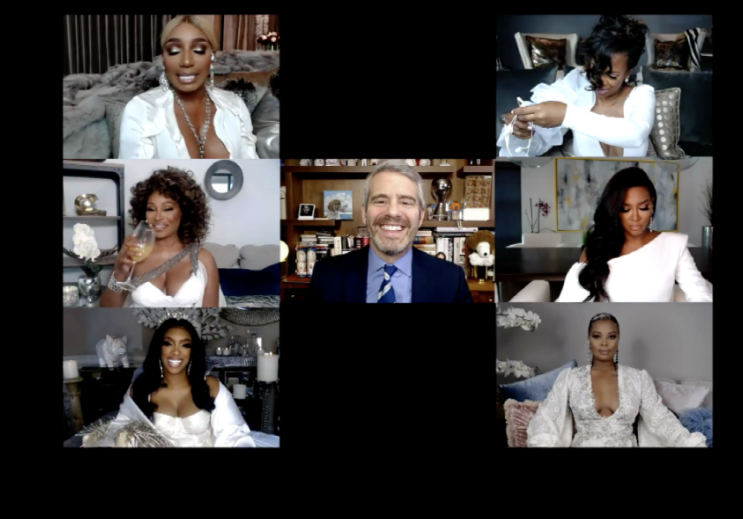 The tempers of the “Real Housewives of Atlanta” cast members were like backed-up pipes under mounting pressure.

And on the “RHOA” season 12 reunion show that will air beginning on May 10, that pressure burst and the women commence to launching venomous attacks on one another.

According to LoveBScott.com, the first of three reunion episodes gets cracking with as NeNe Leakes and Eva Marcille trounce each other over Leakes’ alleged apology tour. Meanwhile, Porsha Williams and Kenya Moore reignite their furious feud from years back as Williams questions Moore’s loyalty and marriage.

The second episode of the RHOA reunion, which will air on May 17, will feature Marcille breaking down while recounting her tumultuous journey to legally separate her daughter, Marley Rae, from her ex-boyfriend, Kevin McCall. She barely has time to wipe her tears away as Williams pounces on her for allegedly being a shady friend. Leakes goes ballistic defending herself against almost every cast member and then storms off the show.

In the  the third and final episode, which will air May 24, Cynthia Bailey and Moore try to reconcile their relationship after some misunderstandings drove  a wedge  between them. Burruss reportedly goes after Leakes in more than one episode using spicy language that ignites an all-out verbal brawl.

All the episodes will air on consecutive Sundays in May at 8 p.m.

Check out a quick preview below: