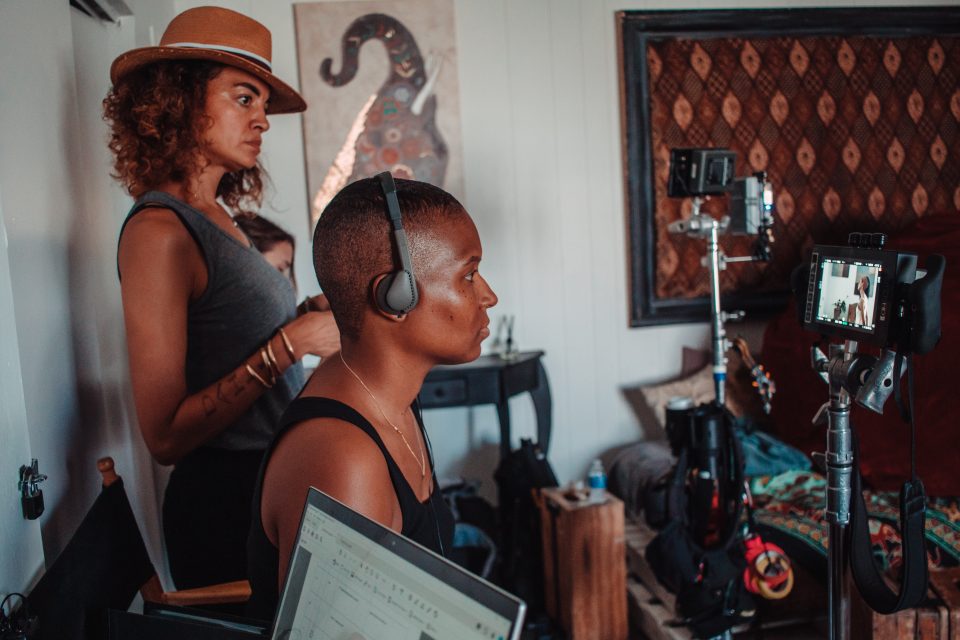 Felicia Pride directing a scene on the set of tender. (Photo provided)

Baltimore native Felicia Pride is a film and TV writer and an emerging director. She was a writer on Ava DuVernay’s drama series “Queen Sugar” and recently made her directorial debut with tender, a short film that explores the bonds between Black women. It premiered in March at the 2020 Outfest Fusion film festival in Los Angeles and can now be screened online.

Rolling out spoke with Pride about her journey from corporate America to writing and directing.

Share your journey to finding your voice as a writer.

I went to college for marketing because I knew I could get a job in business. I had a professor who encouraged me to minor in English, but that was more money, that was more time, and I didn’t see how writing was an actual career at that point. I graduated and started working in corporate America, but I found myself bored quickly. I found this internship at a Black community newspaper in Staten Island. I remember my first published piece was a review of Mary J. Blige’s “No More Drama.” It changed my life when he [the editor] sent me that newspaper and my name was in it. I felt like I was seen. I felt validated. That’s when I started my journey in terms of wanting to find a voice.

What was your approach to writing your first script for yourself?

I started taking classes back in Baltimore. Any class that I could find that was talking about writing scripts, I was there. [In] one class I took, this guy was selling hard copies of scripts, and I paid all this money to buy these scripts, which he photocopied. I was just so hungry for the practical side of it. I also think life helped to prepare me because I had stories to tell and I had experiences. Observing the world and observing life also prepared me to be able to tell stories. The vulnerability that came with putting my work out helped to prepare me for the vulnerability that’s necessary to share your work.

What inspired you to make tender?

I realized that I had other stories that were going to be very close to me that I was going to need to helm, and that’s what directors do. I started taking a bunch of directing classes, with the goal of creating this indie feature based on my mother, my sister and my niece out of Baltimore. I knew no one could direct this but me. I was like let me think of an impactful story that’s a simple story, that’s producible with two actors, one location, one day, but that still showcases the aesthetic things that I’m interested in exploring. And that’s what tender became. We crowdfunded for tender last August, and then we shot it Aug. 31 in one day. I’m so proud of the film because I realized in my whole artistic career. So it’s been very gratifying to be a part of that and also to like collaborate with dope artists who are there to help you see a vision through.