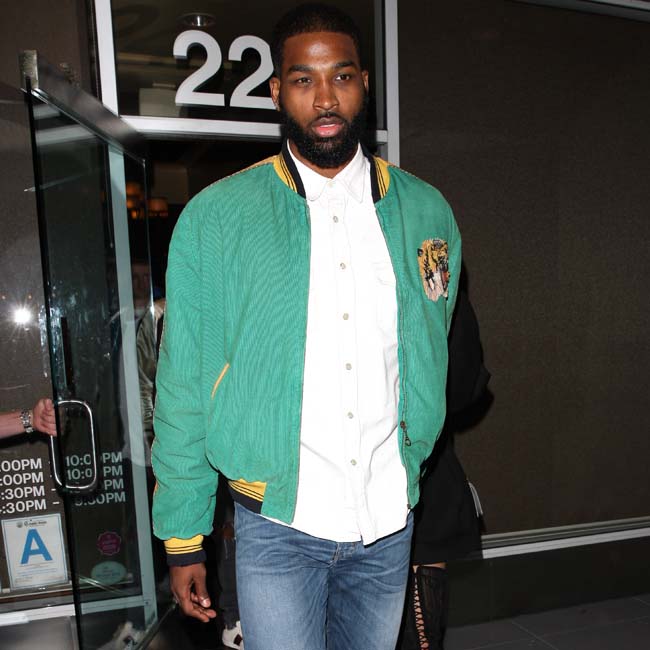 Tristan Thompson has filed a lawsuit against the woman who claims he fathered her child.

The 29-year-old basketball star — who has a 2-year-old daughter called True with Khloé Kardashian — has decided to take legal action against Kimberly Alexander for libel.

Thompson has also demanded a jury trial against Alexander, according to “E! News.”

The sportsman — who split from Kardashian in early 2019, after he was involved in a cheating scandal with Jordyn Woods — recently threatened to take legal action against Alexander in a cease and desist letter.

The document urged her to “immediately stop defaming [Thompson and Kardashian] with malicious defamatory lies and specious fabrications.”

And in the new court documents, Marty Singer, Thompson’s attorney, alleges that the defendant is a “wannabe social media influencer and pornographic model/performer who is so desperate to achieve her 15 minutes of fame that she recently fabricated a false claim that NBA star/Cleveland Cavaliers center/power forward Thompson is the father of her nearly 5-year-old son.”

What’s more, the court documents explain that Thompson “voluntarily” submitted a DNA test to “definitely determine the child’s paternity” — even though he didn’t think he was the father of the child.

One passage of the document reads: “Alexander has persisted in publicly proclaiming that Thompson is her child’s father and she has maliciously accused Thompson of being a deadbeat dad, ‘neglecting’ and failing to take financial responsibility for the child since birth.

“Such statements are absolutely false and are defamatory per se. To quote Michael Jackson, ‘the kid is not [his] son’.”

Thompson’s attorney said that, rather than accepting the scientific results, Alexander has instead accused the lab of “trying to sabotage a DNA test” with the basketball star.