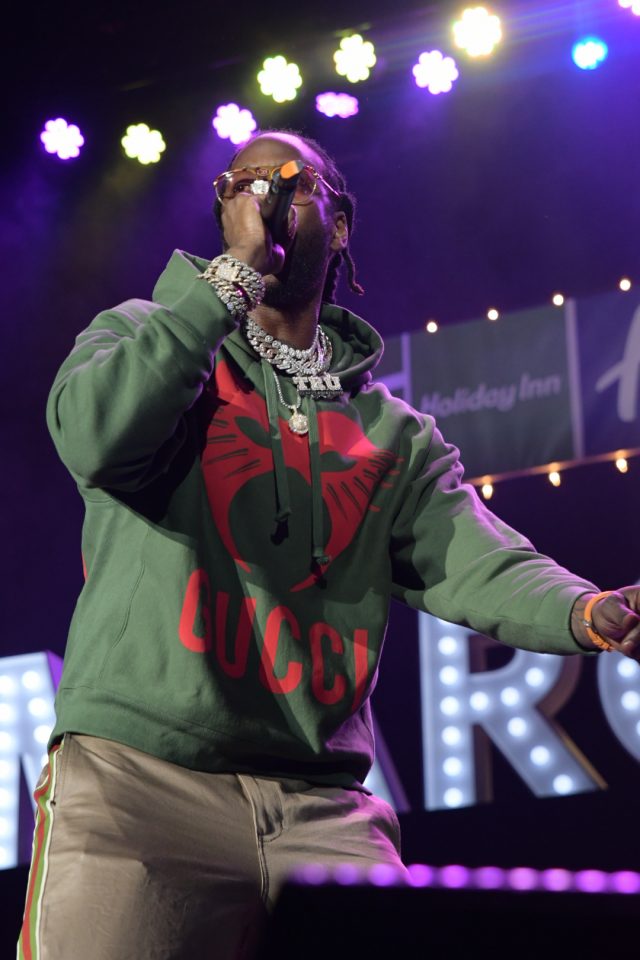 Rapper 2 Chainz’s popular Atlanta restaurant was shut down by the Georgia State Police late Monday night, May 25, 2020, for violating social distancing mandates handed down by the governor.

It appears from the photos captured by TMZ that the many patrons inside the Georgia-born and bred rapper’s Escobar Restaurant & Tapas were mere centimeters apart instead of maintaining a distance of at least 6 feet from one another, as recommended by the Centers for Disease Control and Prevention and medical experts.

During the state police’s routine drive-by, officers “noticed that the location was rather loud, busy, and occupied to be operating as a restaurant at that time of night.”

How did the police obtain evidence in advance? Glad you asked. Receipts showing the packed-out place came from Escobar’s Instagram page, which showed eatery and bar areas overflowing with customers who spilled outside.

No one in the photos was wearing masks, either. In fact, not only was Escobar bulging at the seams, there was a long line of people waiting to get in.

Not surprisingly, no one in line or inside appeared to be wearing any face protection, and they were stacked next to each other like a pile of dishes.

According to the state police report obtained by TMZ, law enforcement “spoke to the manager before shutting the location down as it was violating executive orders regarding protocol issued due to COVID-19.”

This new scenario differs starkly from just a month ago when 2 Chainz, 42, who was born Tauheed Epps and started out rapping under the name Tity Boy, refused to open his restaurant on April 26, when the Georgia governor first opened up the state.

At that time, 2 Chainz opted to keep his two restaurants closed and instead used the facilities to feed the homeless, earning widespread praise in the process.

For his work, 2 Chainz was named ESPN’s “Hero of the Week.”

Flip the page to check out the ESPN piece on the former Alabama State University basketball star-turned-rapper and entrepreneur.