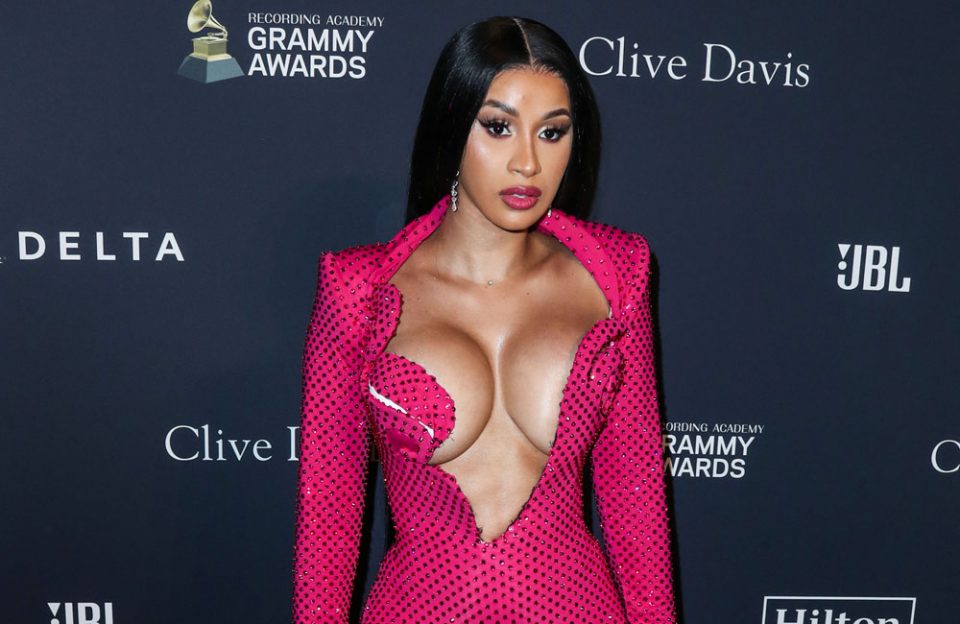 Cardi B is defiantly unbothered as the hashtag #CardiBisOverParty trended No. 1 in the United States on the morning of Thursday, June 25. But the Bronx-born bombshell and her fans have a couple of theories as to why the cancel culture is coming for her scalp.

Belcalis Marlenis Almánzar, 27, and fans believe that Nicki Minaj fans were trying to deflect from the fact that she teamed up with outcast rapper Tekashi 6ix9ine for the current No. 1 Billboard single, “Trollz.”

Others believe that Offset’s wife has been a “s—-y person for a long time,” as one Twitter person summarized, and think Cardi operates a fake Twitter site, “finsta,” that is used to surreptitiously throw shade at the likes of the Barbz and Ariana Grande.

The “Thotiana” raptress initially swatted away the hate like it was a pestering mosquito, asking her 12 million Twitter followers:

What we wearing for the cardi b is over party ?

But you can tell by the ensuing Twitter posts that Cardi B was mildly irritated by being placed on the chopping block again for reasons she doesn’t quite know.

The Invasion of Privacy temptress also said in another Twitter post: “I do feel really powerful.The fact that I haven’t dropped music in 8 months. I haven’t announced none of the projects I been workin on .All I been doing is eating food & people have to make fake edits to cancel me it makes me feel like IM THAT B—-!”

That’s exactly what ya want me to do .I won’t never ! I would never ! It’s sad that my existence bother ya sooo bad . https://t.co/06VyC1brJW

Finally, Cardi took to Instagram where she explained to her 70 million followers that she is tired of being assailed with verbal darts and that she cannot be canceled by her haters.

So people made this ridiculous lie of me on twitter.Im glad I pulled up all the receipts and DEBUNKED ALL OF IT .Its crazy the time and energy people put to try to destroy you but this was JUST RIDICULOUS 😂😂😩😩It proves to me tho that I intimidate anybody that has any hate towards me that they will find any possible way to break me .YOU CANT BREAK ME ! Bring up my past and everything I said YOU CANT BREAK ME .I WILL BE HERE ! I will not run away from social media ,I will not be discouraged of my work .