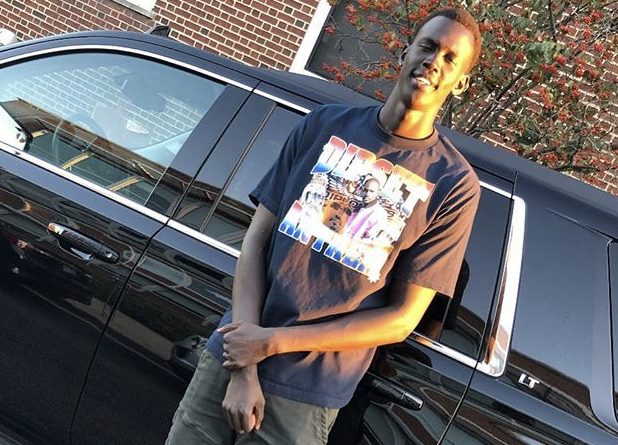 Makur Maker could change the course of college sports.

On Friday, July 3, 2020, Maker sent a profound message by committing to play basketball at Howard University, according to HBCU Gameday.

Maker’s choice stands out because he is considered one of the top high school basketball players in the nation and could have attended any major Division 1 college. Colleges including Kentucky, Memphis and UCLA were viewed as the top schools that could possibly land Maker.

But with his decision to attend Howard University, Maker is now the highest-rated basketball player to commit to an HBCU in nearly 50 years.

“I need to make the HBCU movement real so that others will follow,” Maker wrote, in part, on Twitter. “I hope to inspire guys like Mikey Williams to join me on this journey. I am committing to Howard U & coach Kenny Blakeney.”

I was the 1st to announce my visit to Howard & other started to dream “what if”. I need to make the HBCU movement real so that others will follow. I hope I inspire guys like Mikey Williams to join me on this journey. I am committing to Howard U & coach Kenny Blakeney #MakerMob

On Saturday, June 6, Williams, a rising sophomore at San Ysidro High School in San Diego, California, posted on Twitter, “Going to an HBCU wouldn’t be too bad.”

The tweet went viral and served as a ray of hope for historically Black colleges and universities that are often deprived of top-notch Black talent in sports.

During segregation, top Black high school athletes attended HBCUs, given that there was no other option. But after desegregation, the top prospects began to shun HBCUs for predominately White institutions. Colleges such as Duke, the University of North Carolina and UCLA could offer better training facilities and access to national television coverage during games.

HBCUs often fail to compete on similar levels due to a lack of finances and resources. For instance, Duke University’s basketball program generated $33 million in 2019, according to Sports Illustrated. In contrast, Prairie View A&M’s entire athletic program generated $17 million in 2017, making it the HBCU to garner the most athletic revenue, according to HBCU Gameday.

Maker has the talent to be an NBA lottery pick in 2021.