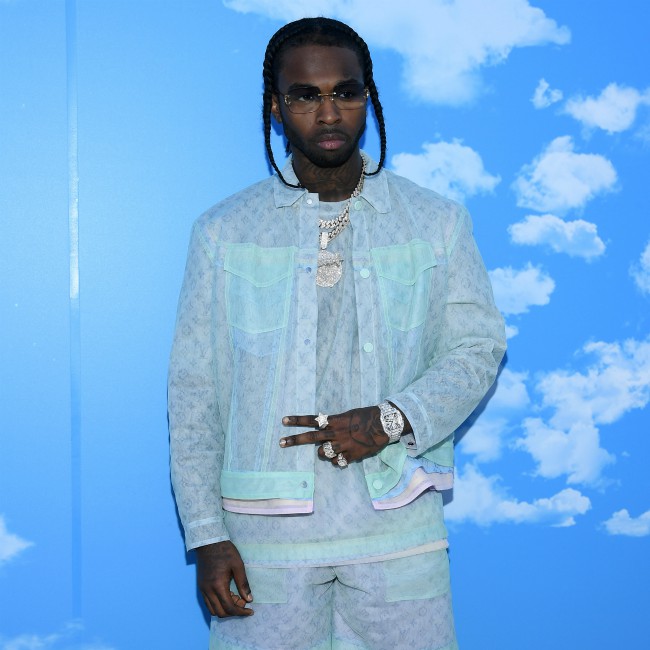 Pop Smoke‘s star-studded posthumous debut album, Shoot For The Stars, Aim For The Moon, has been released.

After some controversy surrounding the original artwork for the record, which the late rapper’s manager, Steven Victor, the boss of record label Victor Victor, rectified and changed at the request of his estate, the collection has finally arrived.

The first cover was designed by Off-White’s Virgil Abloh and had a diamond-like backdrop with barbed wire around Pop, which didn’t go down well with fans.

In a statement, Victor said: “Pop’s music belongs to everyone.

“This album is a celebration of where Pop was headed and where he wanted to be. The process of working on this album with all our friends, peers and heroes has been amazing and we thank everyone for their support.

“Pop’s music and legacy belongs to the world now and we want you to continue to manifest your love in creative ways that we haven’t even thought of yet. POPSMOKEFOREVER.COM. Let’s celebrate tonight and forever. More to come.”

Pop had started the album before he was shot dead during a home invasion in February at just 20 years old.

It was originally set for release in June, but it was pushed back after the mass Black Lives Matter protests following the death of unarmed Black man George Floyd in police custody.

Continue reading on the next page and sample tracks from Shoot For The Stars, Aim For The Moon.