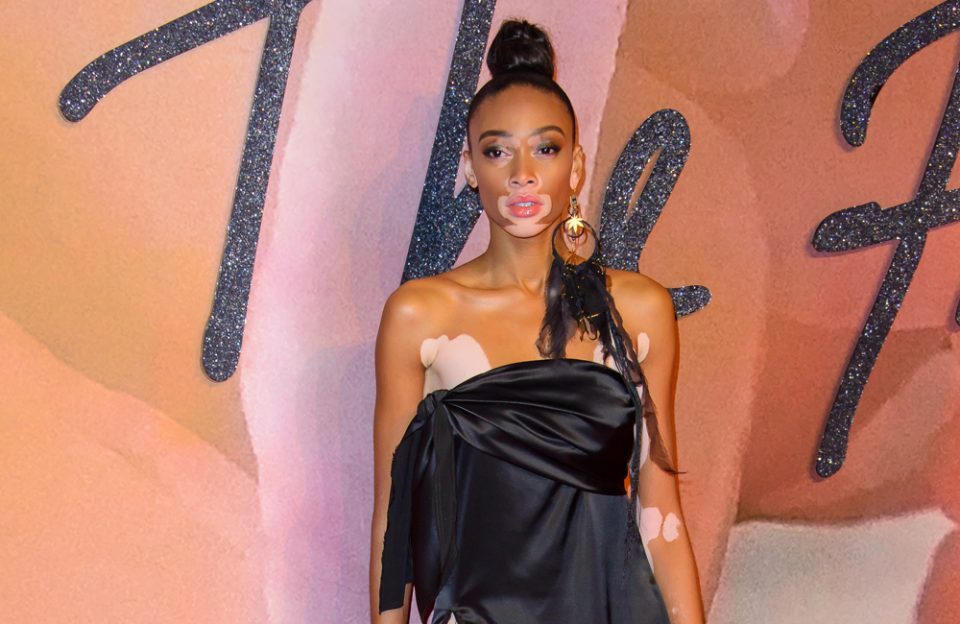 While speculation has been high regarding the relationship status between NBA player Kyle Kuzma and supermodel Winnie Harlow, the two have made it clear that they are a pair.

Rumors have been swirling for months as Kuzma, who plays for the Los Angeles Lakers and former “America’s Next Top Model” star Harlow have been seen out together a couple of times.

The couple made their relationship Instagram official with several posts over the last week.

Kuzma shared on Instagram how he’s been spending his weeks in quarantine.

Despite some workout photos and videos, the majority of the flicks show off Harlow and a desert vacation.

In fact, both the first and the last image in the collage of posts show closeups of the model taken by Kuzma.

One features her on a private jet looking down at her phone and the other shows her with a towel wrapped around her body.

These photos, however, were nothing compared to the ones shared by the 25-year-old Jamaican-Canadian model.

On Sunday, July 6, 2020, she shared a racy photo of Kuzma with his hands all over her body.

The PDA continued as she shared a cute snap of them holding hands on her Instagram Story.

TMZ reported in June that the two have been officially dating for a month and were living together during the lock down, but they’ve never made it this public.

This comes as the basketball player prepares to head to Orlando, Florida, in late July to resume the NBA season.