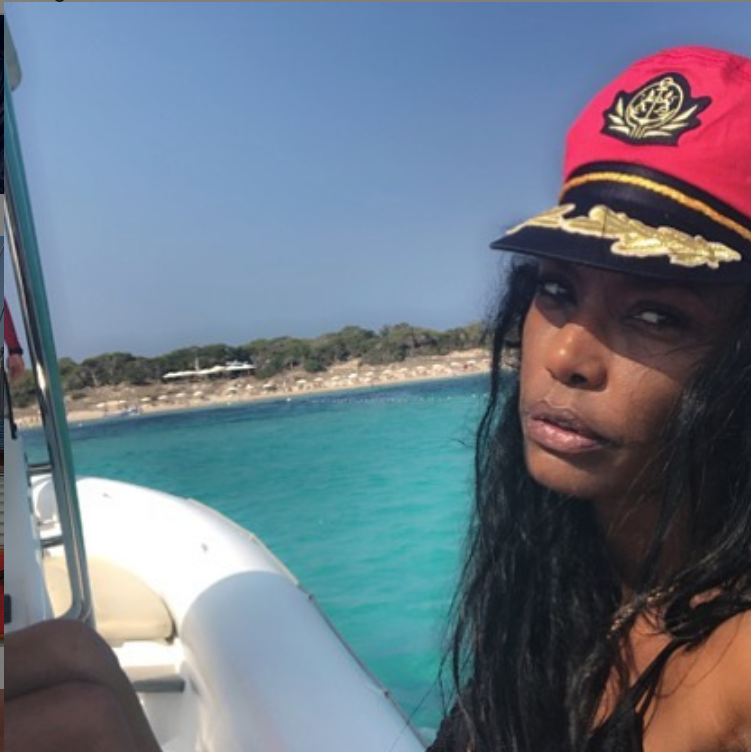 Crooner Al B. Sure! is claiming that the mother of his and Diddy’s children, Kim Porter, did not die of pneumonia but was killed.

Porter, 47, reportedly succumbed to lobar pneumonia, which is a condition that causes inflammation of the entire lobe of the lungs, in November 2018, according to the Los Angeles County Medical Examiner’s Office. Porter was the mother of one of Sure’s kids as well as three of Diddy’s children.

The legendary “Night and Day” singer-songwriter, who was born in Boston as Albert Joseph Brown III, is dubious of the official cause of death listed and is convinced that she was killed, though Sure, 52, did not offer specifics.

“I do know very clearly that #Kimberly didn’t just check out all of sudden over neumonia [sic] That’s some bulls— Really? This is where I get in trouble,” he penned as he cries in the car while an R&B ballad plays in the background. “She was in perfect health.”

#AlBeez 🐝 around the 🌏 I just found this footage from the morning I learned of @LadyKP’s aka #KimPorters murder and how it ripped the soul from my physical body. I was on my way to film the pre show packages for the #BETAwards with @tishacampbellmartin & @tichinaarnold when I receive a call from PR icon #QueenieDonaldson asking me if I was ok and did I hear the news. I had no clue. I do know very clearly that #Kimberly didn’t just check out all of a sudden over neumonía. That’s some bull sh**. Really? This is where I get in trouble. We just celebrated our son @Quincy’s new deal and Christmas special with @Netflix, and she was in fantastic health as well laughing seeing me and @Diddy’s mutual exchange at the theater. I’m going to leave it here. #DontLettheLoveSongsFoolYou • #StolemyfathersRing • #TopRowofmySneakers • #ShutUpandDribble? • #ivy• #@loveandrnbradioshow • @iamnewjacksexy

Sure ended this interesting segment by tagging the post with a series of weird hashtags, including “#DontLettheLoveSongsFoolYou, #StoleMyFathersRing and #ShutUpandDribble.”

Moreover, some of the prolific lyrist’s fans are also convinced that Porter’s death was due to something other than a respiratory illness.

What do you make of Sure’s post — and the timing of it? 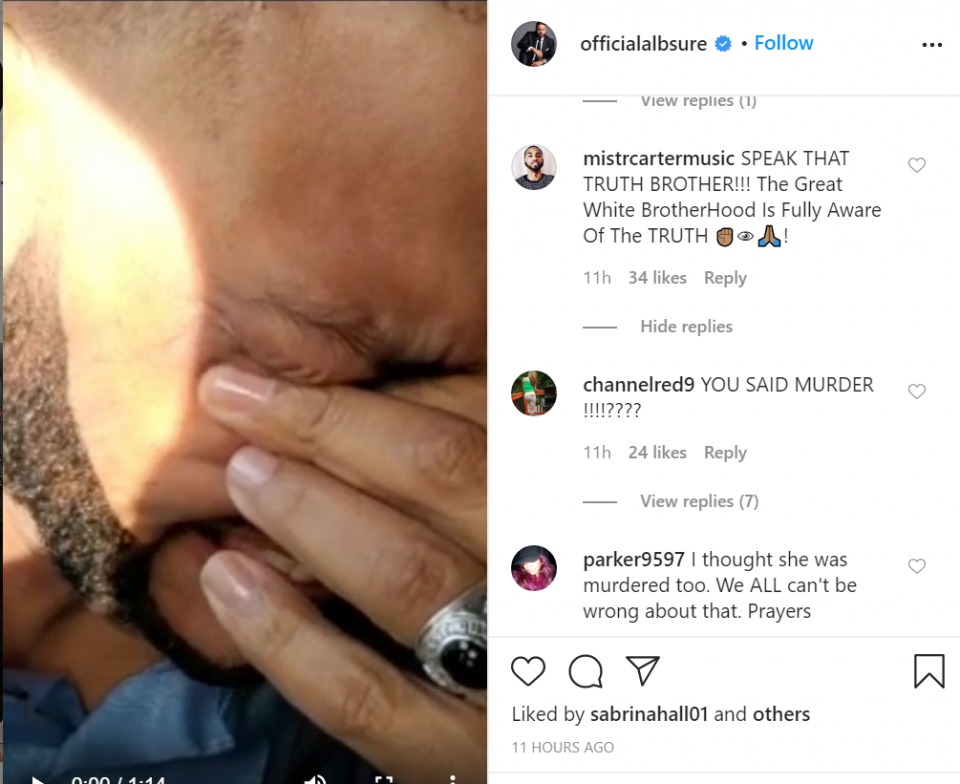 Posted in News 2 and tagged Al B Sure, Cause of Death, Diddy, Kim Porter, Murder