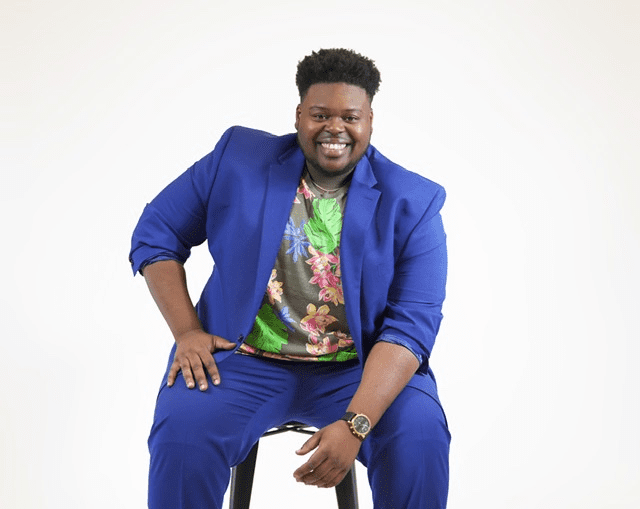 Melvin Crispell III is a 22-year-old gospel singer who loves to praise the Lord through song. Growing up with parents who were musicians fed his passion. His father, Melvin Crispell Jr., was an accomplished songwriter and organist who wrote for the likes of Hezekiah Walker and his mother, Tunesha Crispell, was a lead vocalist with James Hall.

Crispell, who lost his parents when he was just 19, knows what it means to turn your test into your testimony. In 2019, he won season nine of BET’s “Sunday Best.” After winning, he was signed to RCA Inspiration. Crispell recently released his single “Wonderful Is Your Name,” ahead of his upcoming album, I’ve Got a Testimony. We spoke with Crispell about his musical journey and his faith.

What was your introduction to gospel music?

I started singing at 2 years old. I grew up in church and my parents are the late Melvin and Tunesha Crispell. They were heavy in the gospel industry. My father Melvin was a world-renowned organist, and my mother was a world-renowned singer who traveled across the country. My dad has written songs for artists such as Hezekiah Walker, Timothy Wright, James Hall and many others. Growing up around all of that, I had no choice but to be thrown into it. It’s something that I’ve really developed a passion for. It became a dream for me [and] I wanted to see it come to pass.

How did your dad inspire you growing up? What did you learn from him?

Watching him write, construct things and his process, is what sparked my interest. He even taught me about being a better singer with his musicianship. He was very versatile with his music, from his jazz influence, to his church influence. So it allowed me to do the same thing and follow in those footsteps and be open to a world of music that can be used to the glory of God.

What was the biggest thing you learned from the “Sunday Best” competition?

One of the biggest things I took was from Kirk Franklin when he said, “There’s a thin line between performance and ministry.” An artist should practice and become almost, but not perfect, in being able to be a performer and grabbing the attention of an audience of people, all while remembering that message the way Christ intended.

How have you remained faithful when life presented difficulties?

It became a trusting [relationship] for me. When everything first started happening I was very young. I didn’t know much about what was going [on]. I kind of had to grow up fast, and it was just a lot of moving pieces that I really wasn’t prepared for. It was in having that conversation with God that I said, “I don’t know what’s going on. I don’t know what your plan is, but this hurts.” But all I could do was say, “You know what God, I trust you.” He’s had everything in control, since before time began, and everything is falling into place; so I have no other choice but to trust [him].


Posted in Artist Interviews and tagged gospel, I’ve Got a Testimony, Melvin Crispell III, Music, singer, Wonderful is Your Name