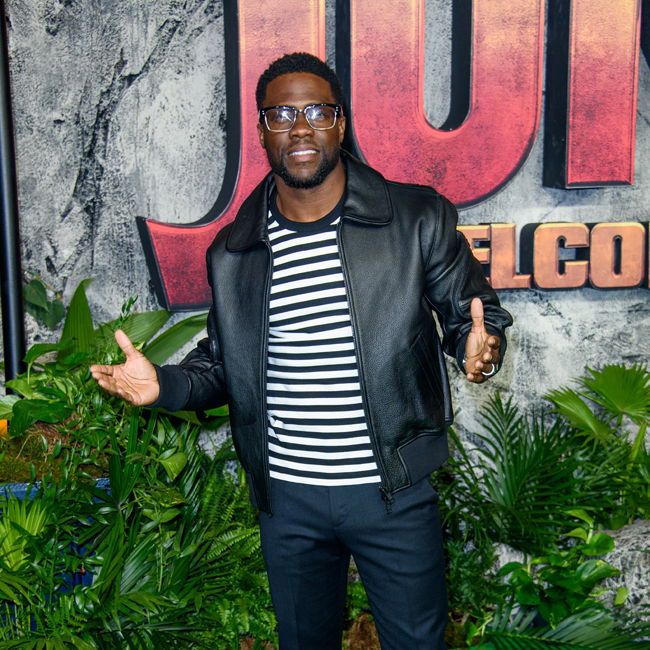 Kevin Hart had coronavirus “around the same time as Tom Hanks.”

The Jumanji: The Next Level star has confirmed he tested positive for the infectious virus earlier this year but didn’t say anything at the time because Hollywood megastar Tom Hanks and his wife Rita Wilson had just come forward with their diagnosis.

Speaking during a stand-up appearance at Dave Chappelle’s comedy show, “An Intimate Socially Distanced Affair,” he is quoted as saying: “The problem is that I had it around the same time as Tom Hanks. And I couldn’t say anything because he’s more famous than I am.”

Hart, 41, has been laying low amid the pandemic but previously spoke about the global crisis during a virtual appearance on NPR’s “How I Built This” podcast in June.

At the time, Hart did not mention his diagnosis but took the time to voice his support for the Black Lives Matter demonstrations that have taken place during the pandemic.

He said: “It’s a crazy time that we’re living in. This is one of those moments in life where you realize that history has an opportunity to either repeat itself or be made, and what I’m seeing is an opportunity for restructure — restructuring a problematic system, for lack of a better word.”

Hart’s diagnosis also comes as he’s set to become a father for the fourth time, as his wife Eniko Parrish — with whom he already has 2-year-old son Kenzo — is expecting their second child, and is due to give birth any day now.

Meanwhile, Kevin recently said he was loving spending time at home with his wife amid the pandemic, but admitted he had been “annoying” her in the process.

He said: “She’s so happy at the fact that through these stages, I’m here.

So it’s been a real blessing just to be around and talk, converse, you know, and just kind of be with the fam through these months.

“So this is the first time that I’ve ever been here this much through a pregnancy in general in my life. So it’s been refreshing.”

He continued: “She’s not getting on my nerves.

“But she’s saying I’m getting on her nerves. And you know, whatever. I don’t fight it. But apparently, I’m annoying.”