Many believe that former NFL player Brian Urlacher revealed his true colors with a social media post that condemned the NBA boycott.

On Aug. 27, the former Chicago Bears player posted a note on Instagram that attempted to minimize the NBA players’ decision to refuse to play following the shooting of Jacob Blake.

Urlacher posted, “Brett Favre played the ‘Monday Night Football’ game the day his dad died, threw 4 touchdowns in the first half, and was a legend for playing in the face of adversity. NBA players boycott the playoffs because a dude reaching for a knife wanted on a felony sexual assault warrant was shot by police.” 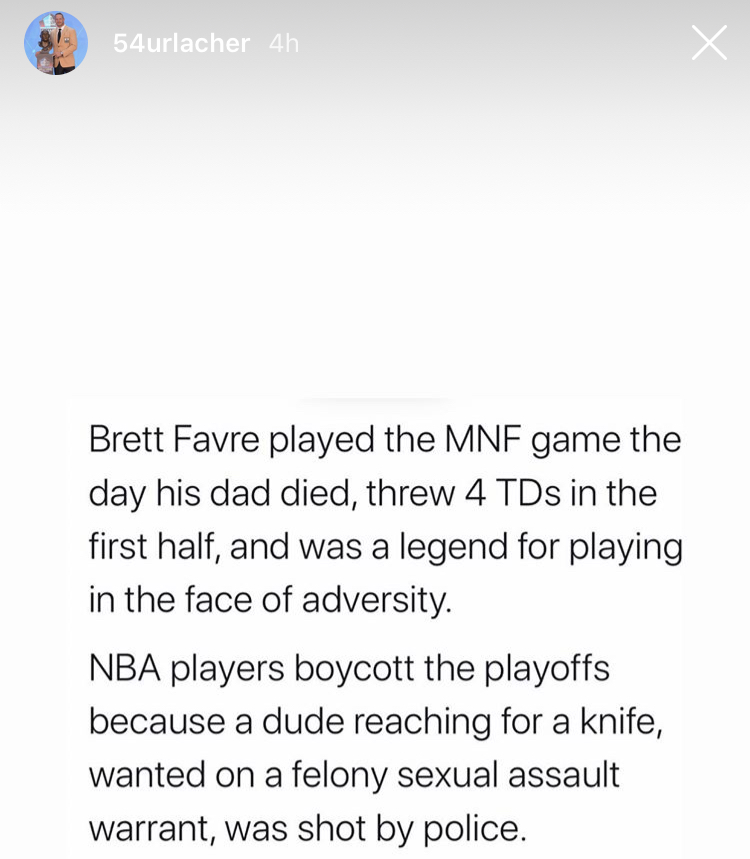 On Tuesday, Aug. 25, Rittenhouse, 17, drove from Illinois to Kenosha, armed with an assault rifle and entered an area where Black Lives Matter protesters gathered. Before the shooting, a video emerged of Rittenhouse speaking to police officers who offered him bottled water. They never checked his ID or checked to see if he held a gun license. It was later determined that Rittenhouse’s gun was illegal.

Moments later, Rittenhouse used the AR-15 to shoot someone in the head, as video captured him running away from the scene while on a cellphone saying, “I just killed someone.” Protesters attempted to apprehend him, but he fired more rounds, killing another person, who he shot in the chest. He shot another person in the arm, and video showed that man missing a large piece of his bicep, bleeding profusely and screaming.

He was eventually arrested on Aug. 26.

Following the post, Urlacher was blasted for his lack of empathy for a man who was shot in the back seven times, ridicule of the NBA players for using their voices, and support of a White vigilante who killed two people and wounded several more with an assault rifle. 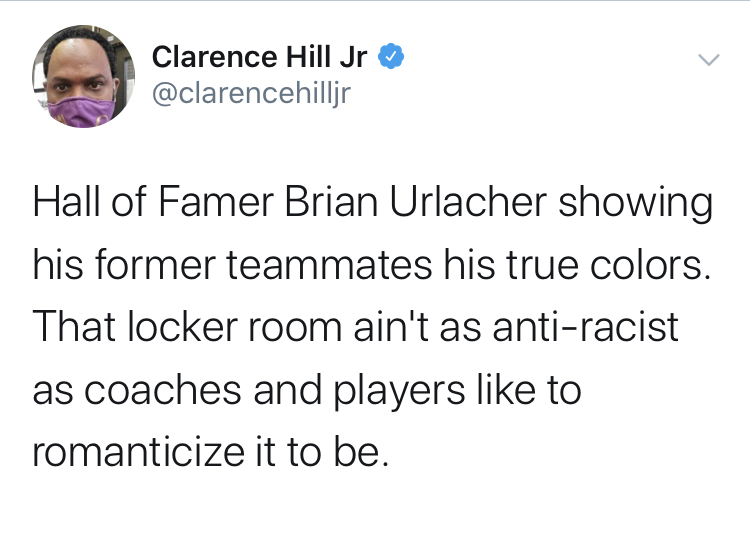