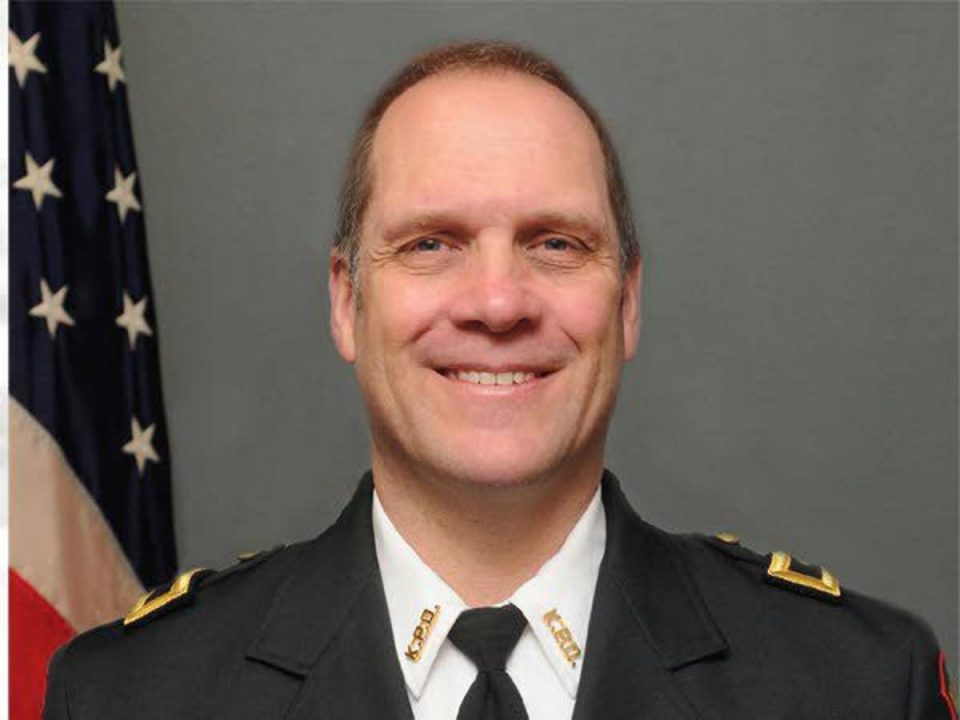 The police chief in Kenosha, Wisconsin, is catching flack after he appeared to blame protesters for being shot.

On Wednesday, Aug. 26, 2020, police Chief Daniel Miskinis held a news conference to discuss the arrest of the suspected shooter, Kyle Rittenhouse, according to the Milwaukee Journal Sentinal.

On Tuesday, Aug. 25, Rittenhouse, 17, drove from Illinois to Kenosha armed with an assault rifle and entered an area where Black Lives Matter protesters gathered. Before the shooting, a video emerged of  Rittenhouse speaking to police officers who offered him bottled water. They never checked his ID or checked to see if he held a gun license. It was later determined that Rittenhouse’s gun was illegal.

Moments later, Rittenhouse used the AR-15 to shoot someone in the head as video captured him running away from the scene while on a cellphone saying, “I just killed someone.” Protesters attempted to apprehend him, but he fired more rounds, killing another person, who he shot in the chest. He shot another person in the arm, and video showed that man missing a large piece of his bicep, bleeding profusely and screaming.

On Aug. 26, Misikinis spoke at a news conference and appeared to blame the victims who were shot by Rittenhouse.

“Persons who were out after the curfew became engaged in some type of disturbance, and persons were shot,” Miskinis said. “Everybody involved was out after the curfew. I’m not going to make a great deal of that, but the point is the curfew is in place to protect. Had persons not been out involved in violation of that, perhaps the situation that unfolded would not have happened…It is the persons who were involved after the legal time, involved in illegal activity, that brought violence to this community.”

However, he failed to mention that the protesters were outside to express their frustration about a Black man, Jacob Blake, who was shot several times in the back by one or more White police officers.

“I’m not going to address that because it is one snippet of a very large situation and much of what’s happened across this nation for a long period of time, it’s focused on what you see in this much of an incident,” Miskinis said. “It’s unfair to everybody involved, whether you’re the person using force or the person being arrested that the picture isn’t painted.”

After the news conference, some called for Miskinis to be fired.

I can not believe the Chief #DanielMiskinis basically stated if the protestors weren’t out past curfew they wouldn’t have got shot by the 16 year old boy ..what is wrong with this country ? That isn’t a reason to just shoot people who are innocent

DANIEL G. MISKINIS, you'd better resign or reverse your nonchalant dismissal of a 17 yo gun toting boogaloo fanatic FROM IL who killed 2 innocent people in YOUR TOWN. What is your end game here chief? White lives matter? YOU ARE THE PROBLEM!! @KenoshaPolice

@KenoshaPolice Police Chief Daniel. G. Miskinis needs to RESIGN or be FIRED by Kenosha Mayor John Antaramian.
Daniel G. Miskinis does not understand how to run a anti-racist police department.@GovWhitmer ?