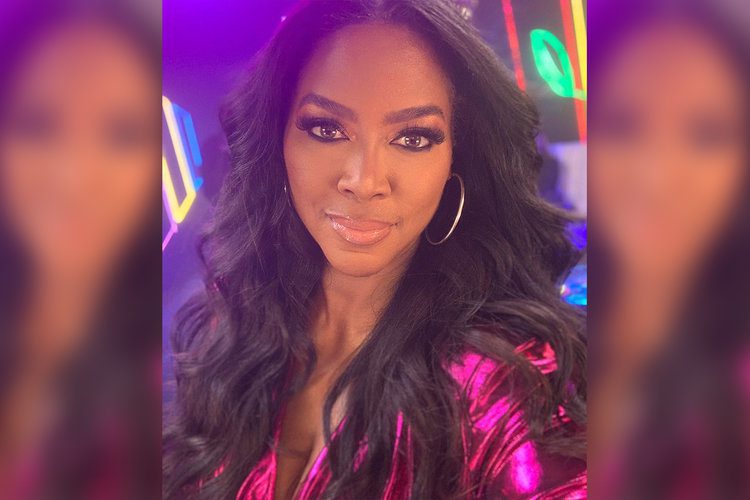 Porsha Williams became indignant that her “Real Housewives of Atlanta” castmate Kenya Moore would dare suggest that she was “clout chasing” by engaging in protests for Breonna Taylor.

The fireworks began when an Instagram user insinuated that Williams, 39, was engaging in performative activism in order to increase her own social capital over concerns about whether the Louisville cops who killed Taylor in March would ever be brought to justice.

“Porsha is clout chasing. This girl is doing all this for show. Glad it is positive but trust it is for show,” the IG user said, which Moore replied to with a side-eye emoji.

Williams took the IG user and Moore, 49, to task for impugning her character. Williams and Moore have beefed for years, starting in April 2014 when Williams literally dragged Moore across the studio floor during an “RHOA” reunion show after Moore spoke condescendingly to Williams through a megaphone.

“Shame on you. You knew people and blogs would follow this,” Williams responded to Moore. “You should be supporting me as a fellow black woman trying so hard to change this 🌍 and instead you’re the least supportive person ever!!! If you’re going to spend time trying to bring awareness to something, try something positive in life…Oops I forgot misery loves company.” 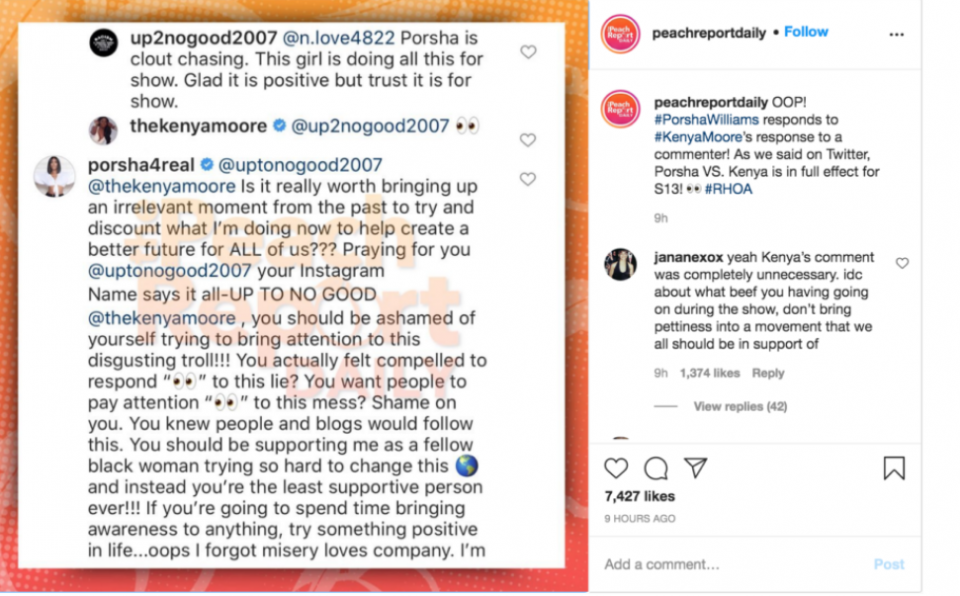 Most fans shamed Moore for inserting her pettiness into the fight seeking justice for Taylor.

“Yeah Kenya’s comment was completely unnecessary,” an IG user surmised. “idc about what beef you having going on during the show, don’t bring pettiness into a movement that we all should be in support of”

“Gathered her with grace and poise #byewig,” a second person wrote.