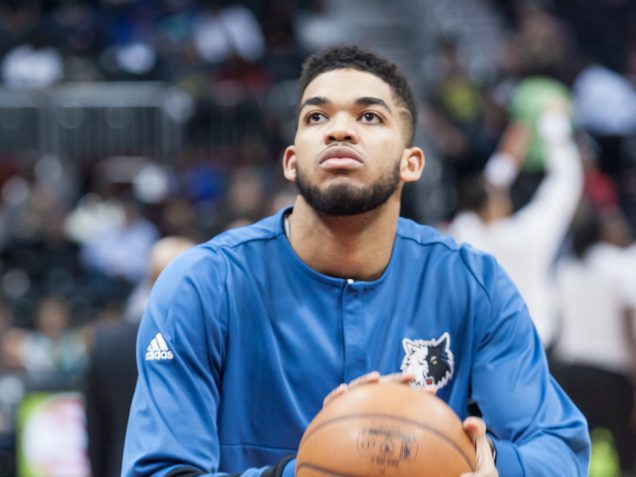 Socialite Jordyn Woods has made her romance with NBA star Karl-Anthony Towns official without really saying a word.

Before today, Woods had been busying herself keeping paparazzi and blogs at bay by telling scribes that there was nothing going on between her and Towns.

But these latest photos speak volumes about whether Woods and Towns are in a relationship.

Towns basically used Woods’ 23rd birthday to both spoil her with lavish gifts and to make his relationship “Instagram official.”

Back in 2019, Woods tried to tell the unbelieving media throngs that “Karl is like a brother to me,” according to Page Six.

But siblings don’t get hugged up like they are in the following photo posted to Towns’ Instagram story, replete with very conspicuous hand placement.

Further receipts that they are a couple are the presents that Towns presented Woods. The 24-year-old Minnesota Timberwolves forward bought Woods two Birkin bags, a Chanel clutch and an autographed Michael Jordan jersey.

The last one is particularly apropos, as Woods’ first name is Jordyn and she turned 23 on the 23rd of September. The cake was even in the shape of an Air Jordan 1.

Towns then topped off the post by saying “Happy Birthday queen!”

Furthermore, paparazzi captured the two celebrating Woods and Towns celebrating her birthday while being hugged up on a yacht off the coast of Cabo San Lucas, Mexico.