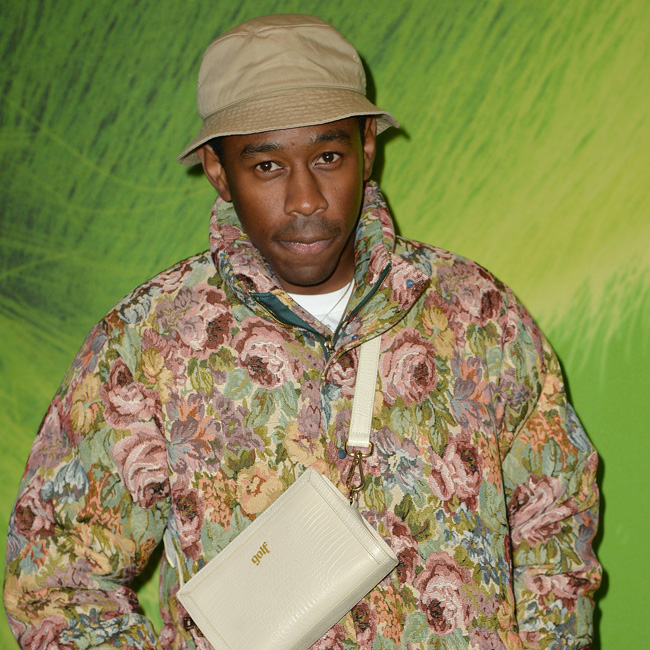 Tyler, The Creator is voting for the first time in the upcoming presidential election.

In a video shared on Twitter, the 29-year-old star said: “I know I’m the last person y’all should ever take advice from, but I’m reiterating what everyone else is saying.

“Please, please if you are young and your f—— back don’t hurt, go to them polls and cast the f—— vote.

“This is actually gonna be my first time voting, I’ve seen the light.

“A lot of y’all gonna be like ‘Ehhh, my vote doesn’t matter and they’re gonna pick who they want … Y’all want a new DA? Pull up. Y’all want all these rights… Pull up.”

Tyler has listed some of the issues that matter to him, including having art and music classes in schools and LGBTQ+ rights.

He said: “The s— that I actually give a f— about is more art in schools and more music classes in schools, and them changing the curriculum. They’ve had the same curriculum since 1442, judging everybody on the same s—.

“And I have female friends that need certain things. And I like being able to f— on and marry whoever the f— I want at any given moment. And if we wanna keep some of those options, then we have to start somewhere.”

Tyler previously showed his support for Bernie Sanders, who finished as a runner-up to Hillary Clinton in the 2016 Democratic presidential primary.

The music star released a T-shirt with Sanders’ face on it, with the slogan: “Loves N—-s” from his line Golf Wang.

He said: “I don’t think that people realize that he’s like one of the first ones to really understand. He’s not just like, ‘I love America, I love African Americans.’ No, he likes n—-s.”

To listen to Tyler, The Creator’s unedited, expletive-filled appeal for folks to vote, go the next page.