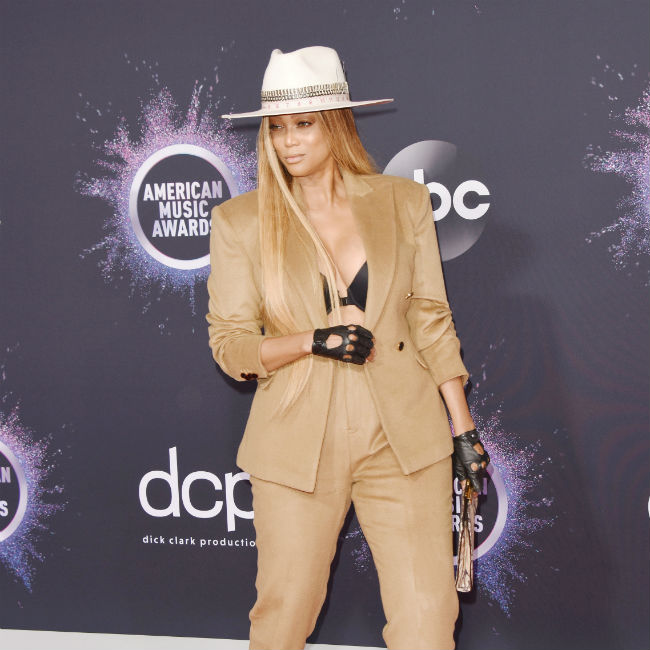 Tyra Banks accidentally announced the wrong bottom two on “Dancing With The Stars.”

The 46-year-old model — who hosts the U.S. celebrity dance competition — was mortified after incorrectly sending Monica Almada away as “safe” during the voting, only to realize she and her partner Val Chmerkovskiy were actually at risk of being eliminated.

She said: “Please come back. Please have Monica come back. There’s been an error in our control room, but we’re making it happen.

“This is live TV, right? This is the craziness of live TV.”

Before the awkward moment, she had Chrishell Stause, Anne Heche and Vernon Davis on stage, and skipped over Stause as she insisted the other two had the least amount of votes.

Realizing her mistake, she said: “There’s actually been an error. I’m looking right now, and we have three couples. So we need to clarify this for a second.”

She then had to bring Almada back out as she revealed the error.

Judge Bruno Tonioli was sympathetic and tried to help Banks by playing down the incident.

He added: “Nobody is infallible. I’m sorry, guys. You know, it happened in the UK.”

In the end, Almada was facing Anne Heche and her partner Keo Mostepe in the dance-off, with Heche being sent home after the judges made their decision.

Banks later took to social media to address the mishap, and again put it down to the drama of “live TV.”

She tweeted: “Wowzers. Live TV. Wrong name on cards. So challenging to deal with moments like these. But we power through.”

Wowzers. Live TV. Wrong name on cards. So challenging to deal with moments like these. But we power through.

The model has been criticized by viewers throughout her run, but she recently admitted she tries to take the backlash in her stride.

She said: “Every host messes up. It’s just normal. It’s live TV. If it wasn’t live, there would be no mess-ups.

“Even on ‘America’s Next Top Model,’ I would mess up and tell my editors to leave it in. That’s what makes things human and makes like live.”

Watch how the cringeworthy elimination unfolded below.