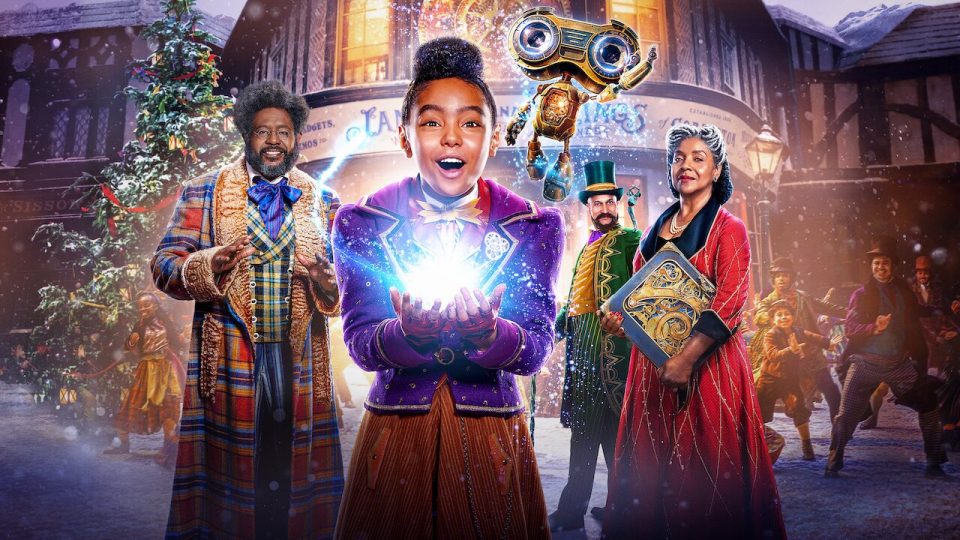 If you’re looking for something sensational, something spectacular and something revolutionary to watch this holiday season, be sure to see David E. Talbert’s new movie musical, Jingle Jangle: A Christmas Journey.

Every scene is filled with an eyeful of rich, fanciful and stylish backdrops set in the Victorian era. The story is infused with vibrant costumes with African influences and energetic, Broadway-style musical numbers. The powerhouse ballads and melodious numbers are entertaining from beginning to end. This movie features original songs by John Legend, Philip Lawrence and Davy Nathan as well as “This Day,” performed by Usher and Kiana Ledé. Talbert also incorporates inventive storytelling techniques with stop-motion and CGI animation with characters designed to look like carved toys. All of this creativity added to the film’s extraordinary visual flair.

The movie opens with the grandmother telling her two grandchildren the story of Jeronicus Jangle, an accomplished inventor with a beautiful family who runs a successful and enchanting store called Jangles and Things. In the prime of his career, his world shifts drastically as an inventor, businessman and father. Thereafter, his zestful energy as a toymaker is subsided. Years pass and his life was never quite the same, until the moment Jeronicus invites his vibrant granddaughter, Journey, for a visit days before Christmas. In Journey’s eyes, her grandfather is the genius inventor she imagines him to be, therefore, she is relentless in her pursuit to get her grandfather to believe what’s still possible for his life. She tries to rekindle his spirit as an inventor. The entire story unfolds with an uplifting message and a wondrous delivery.

Streaming now on Netflix, Jingle Jangle: A Christmas Journey has a spectacular quality that will surely make it a holiday classic for decades to come.

Watch the trailer after the break.