Fans are taking swings at boxing legend Floyd Mayweather after he announced he is going to trade blows with YouTube sensation Logan Paul in a celebrity exhibition match.

Paul’s name skyrocketed last week when his brother, Jake Paul, put former NBA star Nate Robinson to sleep in the first round of a celebrity brawl.

The Paul brothers are YouTube sensations, but they have yet to actually box a professional pugilist, causing folks to scratch their heads and ask why Money Mayweather is taking on this fight in February.

Some fans applauded Mayweather’s fiscally prudent move on Twitter: “It’s all about the money,” one fan concluded. “He has had a great career and is now managing to make more than most fighters do in their whole career in a couple of exhibitions. F—ing genius.”

MAYWEATHER KNOCKING LOGAN OUT IN THE FIRST ROUND

Others are incensed that Mayweather is giving one of the Paul brothers an international platform without either of them earning it. Some also deride Pretty Boy Floyd for making boxing resemble the World Wrestling Federation.

Literally hundreds of boxers that have trained all their lives, hit rock bottom, climbed the ladder regional and upwards and this clown lands the blockbuster fight. It’s a joke to the sport

Even Ultimate Fighting Championship boss Dana White dissed Mayweather for taking on the fight. White promoted the colossal Mayweather fight with UFC legend Conner McGregor in 2017. But he’s not feeling this move.

“When people ask me what’s the state of boxing right now, that’s where it’s at,” White said. “Didn’t that kid [Paul] get beat up by the f—ing video game kid from England? Now he’s going to fight Floyd Mayweather?”

We know that Mayweather is all about those coins. Forbes listed Mayweather among the elite group of athletes to have accrued more than $1 billion dollars during their careers, so this looks like a money move. Still, fans are disgusted. 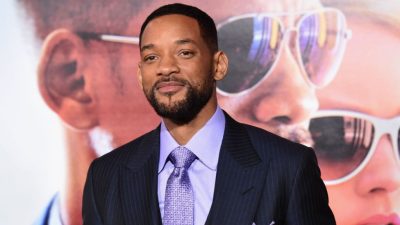