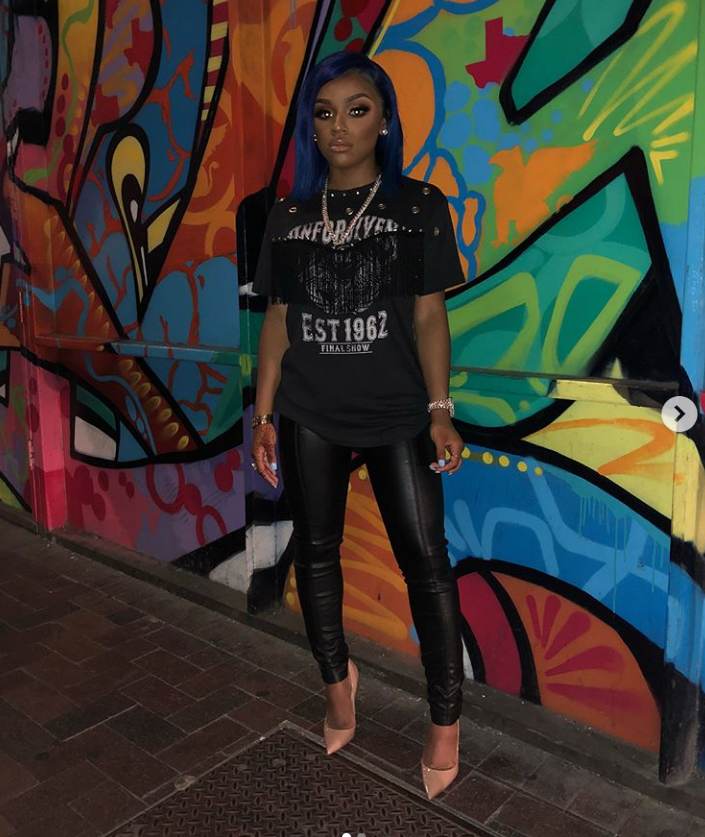 NBA YoungBoy’s name has become synonymous with drama at just 20 years old. Even the news that the rapper’s girlfriend, Yaya Mayweather, is pregnant with their child produced friction between their two families.

For reasons that are unknown at this point, YoungBoy referred to Mayweather’s father, boxing legend Floyd Mayweather, as a “b—- a– daddy.”

When Floyd Mayweather was told what Youngboy had to say about him, he tried to take the high road, but he took subtle swipes at his mother.

“It has to do with your upbringing,” Mayweather told Hollywood Unlocked. “It starts in the home first.”

Mayweather added that YoungBoy may have been intoxicated, which the rapper is known to often be.  However, YoungBoy’s mother, Sherhonda Gaulden, did not appreciate the shade and offered a scathing retort.

“He gon’ say it starts at home. But when I heard that, I really like — I really ain’t pay no attention to it,” Gaulden began in defense of her son YoungBoy, who was born Kentrell Gaulden.

“Any grown person knows you can raise your children to be the best children they want but they gon’ say what they want. They gon’ do what they want,” she continued. “If Kentrell wanted to say he was a b—- a– n—-, that’s probably how Kentrell felt at that time.”

Gaulden then finished off Mayweather. “If there’s static, there must be — I don’t, I don’t like that s—. Don’t talk about me. Don’t put my name in your mouth,” she said. “You don’t know me, mister. You don’t know me at all.”

Watch the video of Sherhonda Gaulden’s response on the next page.