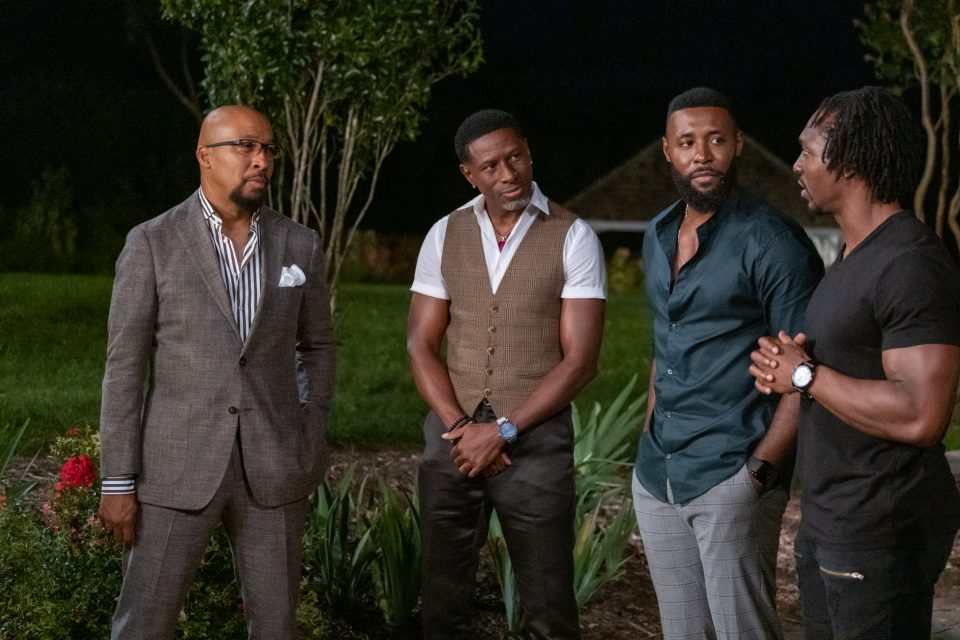 Thomas “Nephew Tommy” Miles (left) with members of the “Ready to Love” cast. (Photo provided by OWN)

OWN’s hit dating reality series, “Ready to Love,” continues to give audiences a real time reflection of their dating experiences. The latest episode challenged the cast to be more vulnerable in hopes of ruling out potential matches completely or seeing if there is an opportunity to move forward. The singles were also encouraged to be honest with their dates about their perspective on the future.

Honesty came with a sting when Jay, 42, a real estate broker, admitted to his date Wynter, 40, a small-business consultant, that if he was forced to pick someone in that moment it wouldn’t be her.

“I’ve never been second,” Wynter admitted during her confessional. “I’m not OK with that.”

Later on their date, Wynter asked Jay for a kiss, and he acquiesced with a kiss on the cheek. Winter interpreted the kiss as a snub and decided to give her full attention to her other option, Anthony.

Edwin, 39, a veteran and chef talked candidly with Joy 38, owner of a management consultant firm, about his past, admitting his fear that she wouldn’t accept him as is if she knew everything about him. His candid reveal sparked a tearful conversation that resulted in heartfelt moment but didn’t suggest a happily-ever-after ending for the two. London, a favorite bachelor from season two, chimed in on a man’s need to feel accepted by the woman in his life.

Posted in TV and tagged Love, OWN, Ready to Love, relationships, Will Packer