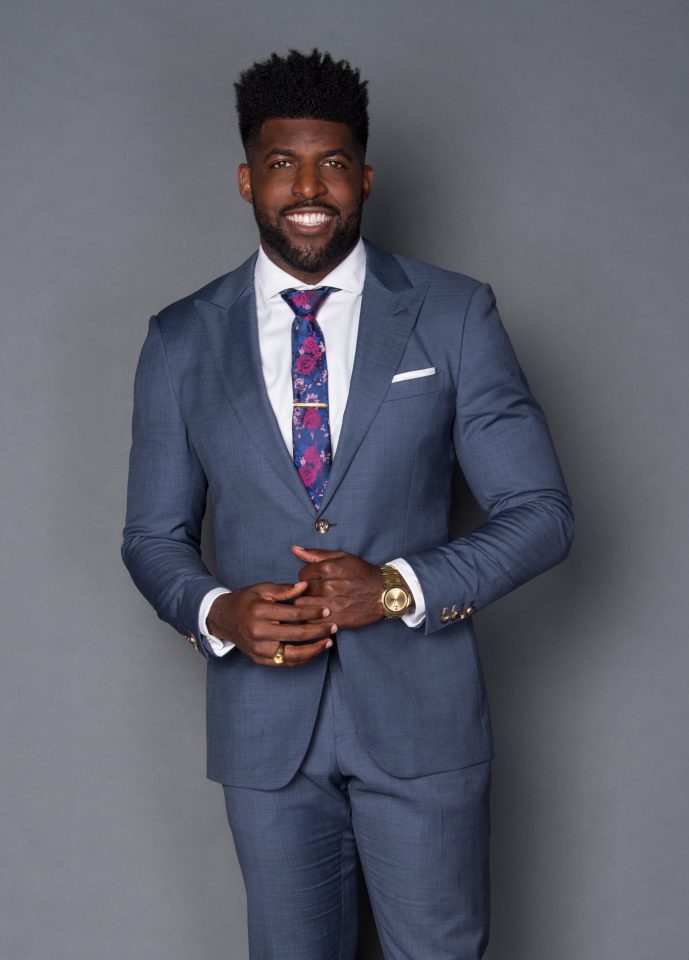 After the release of Ibram X. Kendi’s book How To Be An Antiracist in August 2019, numerous other Black writers have begun leading conversations about race and racism in America. Most recently is Emmanuel Acho with his book, Uncomfortable Conversations With a Black Man.

In the book, Acho invites readers to lean into the discomfort of talking about race. Throughout the book,  Acho, Fox Sports 1 analyst and former NFL linebacker, explains the history and definitions of American racism while maintaining the humor and levity that has made his YouTube series of the same name such a success. Acho also ensures readers that the book is not a personal attack or political manifesto but rather an opportunity for anyone to learn and grow. “Consider this book an invitation to the table,” he writes. “The room where this table sits is a safe place.”

Furthermore, Acho does not shy away from issues but instead meets them head-on as he divides racism into three categories. “The first is individual,” he writes, “… the hate one person can level at another. The second is systemic, … the procedures of institutions that produce racially inequitable outcomes for Black people and PoC [people of color]. Then there’s … internalized racism: when people of color support White privilege and power.”

Readers will find themselves immersed in the sheer scope of these discussions. For example, Acho discusses the origins of the terms “Black” and “African American” and how to this day there is an ongoing debate over which is the most appropriate term to use. What is truly unique about the book, however, is Acho’s refusal to condemn those who have questions about race or have made harmful assumptions in the past.

He even implicates himself in the text. “Everyone, and I mean everyone, has biases. It’s the job of empathetic and considerate people to not let them dictate actions that harm others,” he writes. Acho makes sure to let readers know that he is not here to preach to anyone and that these are lessons that he is learning as well. He even spends time reflecting about how he is Nigerian American and his perspective may be different than that of an African American whose family ancestry is more deeply rooted in the United States.

What readers ultimately will find refreshing about reading Acho’s book is that, while much of it focuses on the history of racism and racist behaviors, it also includes practical steps for fixing these issues. Ultimately, Acho notes that we all need to talk to each other and be willing to be uncomfortable in that endeavor. Undoing centuries of harm will take time will take time, he notes. “Ending racism is not a finish line that we will cross. It’s a road we’ll travel.”