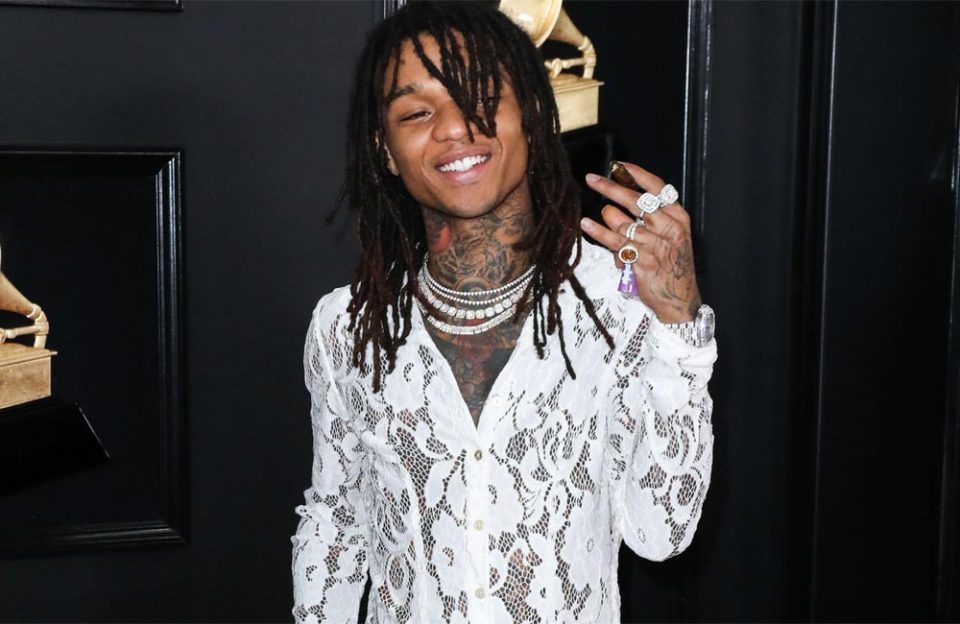 Producer Mike Will Made-It and Rae Sremmurd member Swae Lae survived a near deadly car accident as the new year rolled in. The platinum hit producer revealed the news on Twitter on Friday.

In the published pictures, you see the two demolished vehicles as well as a photo with Mike standing on one of the cars celebrating that he survived. No further details regarding the accident and the other occupants involved have been made public. This is the second near fatal car accident that Mike Will Made-It has survived in the last four years. Back in 2016, he was involved in a hit-and-run that rendered his AMG Mercedes-Benz totaled.

At the time, he posted the details on Instagram, writing, “Made-It out ! Thank God for AMG. Survived a hit n run late last night. Some drunk dude ran a red light, straight into me at an intersection. We both had to be going at least 55 mph. He left his car down the street trying to pull off, and then dipped off on foot like Foris Gump. Still Dnt know how I survived this one w/o a scratch. Only thing I can do is thank the man upstairs for shielding me in that AMG.” 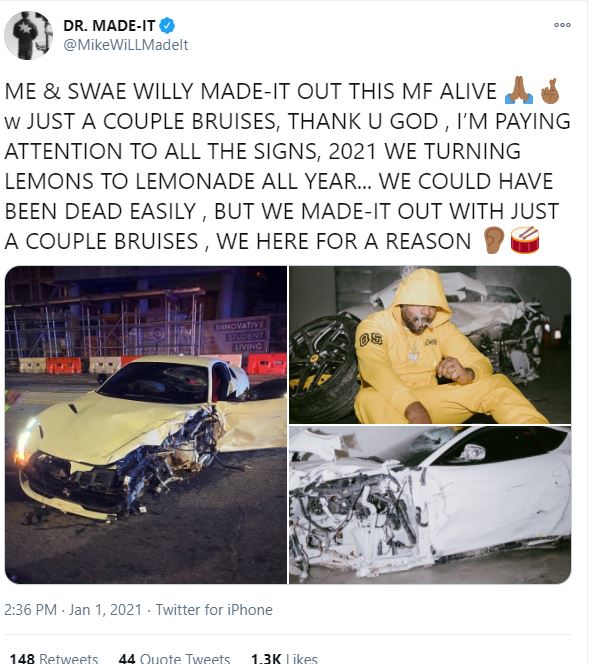 In related news, Swae Lee’s hard drive is apparently on its way back to the singer. He reported in December through his social media links that he lost a bag in the airport that contained a hard drive with his new music, as well as jewelry and a few other items. He even posted a $20-thousand reward.

Swae Lee later went on Instagram Live and a handle appeared called @swaeleeharddrive. Upon entering the session, the person disguised their voice and concealed their face but revealed all the contents in the bag. The perpetrator then told the “No Flex Zone” rapper he could get the hard drive back for $150,000, a Drake verse, or a verse from him.

While we don’t know the exact agreement they worked out, Swae told GQ, “[It’s] on its way back. It’s like a movie, bro. … But I’m not really stressing. I’ve dealt with worse s–t than this.”