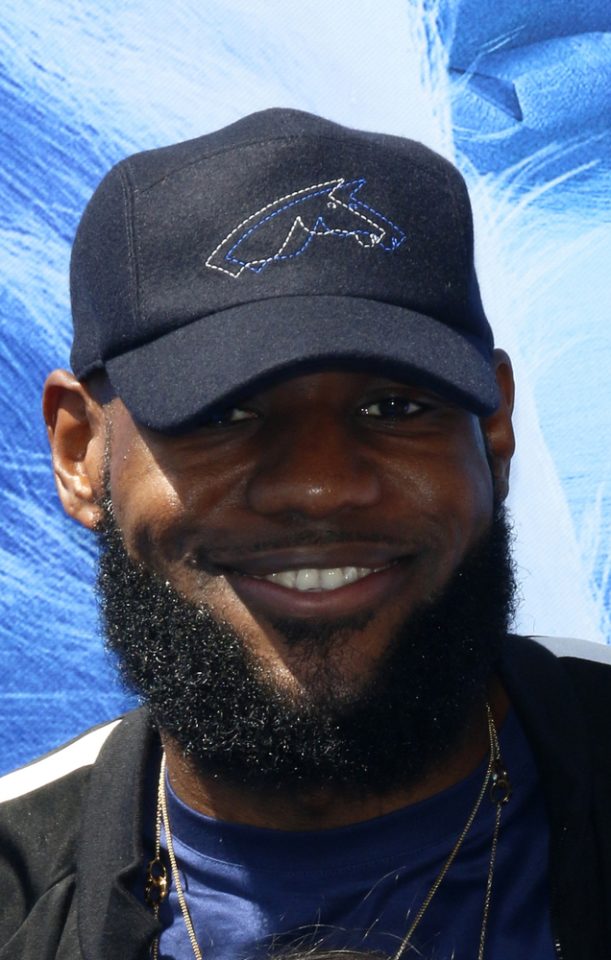 Despite LeBron James’ half-billion-dollar fortune, his NBA championships, his worldwide fame and playing for the crème de la crème of sports franchises, he has not been detached from reality nor from the plight of everyday Black Americans.

James, 36, publicly endorsed the views of Joy Reid, the host of MSNBC’s “The Reidout,” when she said Black people live with the painful reality that there are two Americas.

When King James got wind of Reid’s searing sentiments, he reposted her segment on his Instagram story with a few choice words of his own, according to LakersDaily.com. 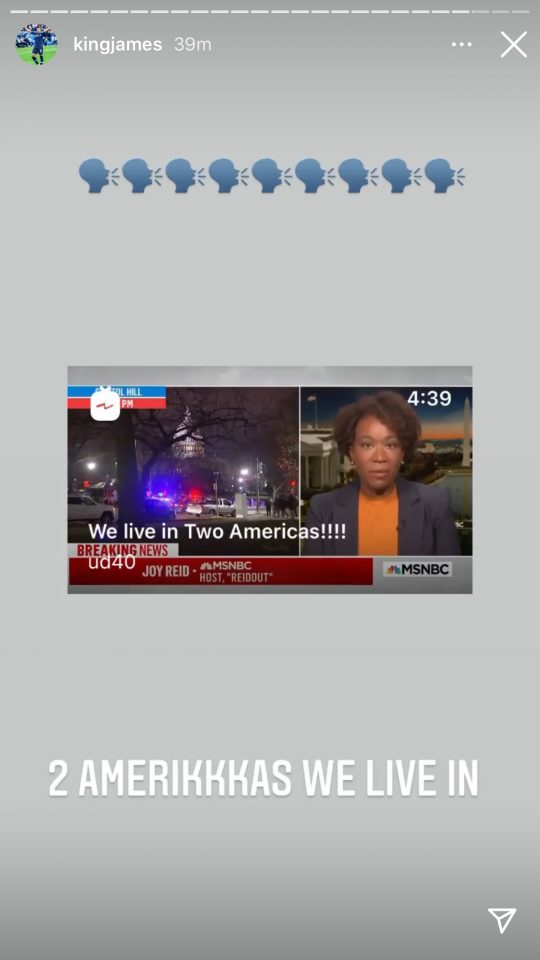 James had more to say after his Los Angeles Lakers lost to the San Antonio Spurs, 118-109, on Thursday, Jan. 7, 2021, when asked about his IG post from earlier on Thursday.

“We live in two Americas, and that was a prime example of that yesterday,” James said in San Antonio. “And if you don’t understand that or don’t see that after seeing what you saw yesterday then you really need to take a step back – not even just one step, maybe four or five or even 10 steps backwards and ask yourself … how do we want to live in this beautiful country? Because yesterday was not it.

“Being a part of a household with three kids – two boys, a daughter – a wife, a mother-in-law and so many Black folks in my household during that time and it’s on the TV, I couldn’t help but to wonder if those were my kind storming the Capitol, what would have been the outcome? And I think we all know. There’s no ifs, ands or buts.”

Go to the next page to hear LBJ’s full statement during the post-game press conference.