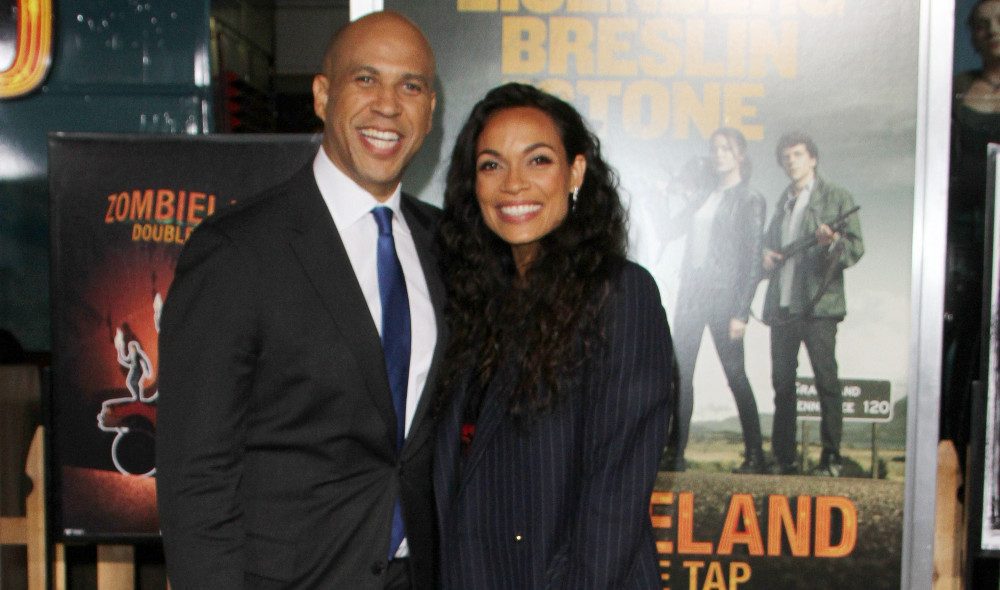 Cory Booker is unquestionably one of the most polished and professional political mainstays our country has ever seen. The U.S. senator from New Jersey took in the inauguration of Joe Biden, the 46th president of the United States, on Jan. 20, 2021, and couldn’t resist the chance to throw some shade at the now-departed and disgraced, two-time impeached, previous POTUS.

With his actress-girlfriend, Rosario Dawson, by his side, the 51-year-old took a moment to capture what he was feeling, and let’s just say, Senator Booker was clearly a bit chilly.

“It was very cold out today. It was -45,” the message read, hilariously making light of the fact that one Donald Trump was not on-site and had finally served his last day in office. Booker and Dawson sported matching masks designed by her company, Studio 189.

Studio 189 incorporates traditional craftsmanship techniques that include indigo dyeing, embroidery, kente weaving and more. Its wares are handcrafted in Africa by local artisans, which the company also supports through skills training and education.

The happy couple fit right in with a number of other dignitaries who supported Black fashion on Inauguration Day. Among them, Vice President Kamala Harris was sworn in sporting a purple coat and dress by Christopher John Rogers, while forever FLOTUS Michelle Obama sported a gorgeous plum number designed by Sergio Hudson.