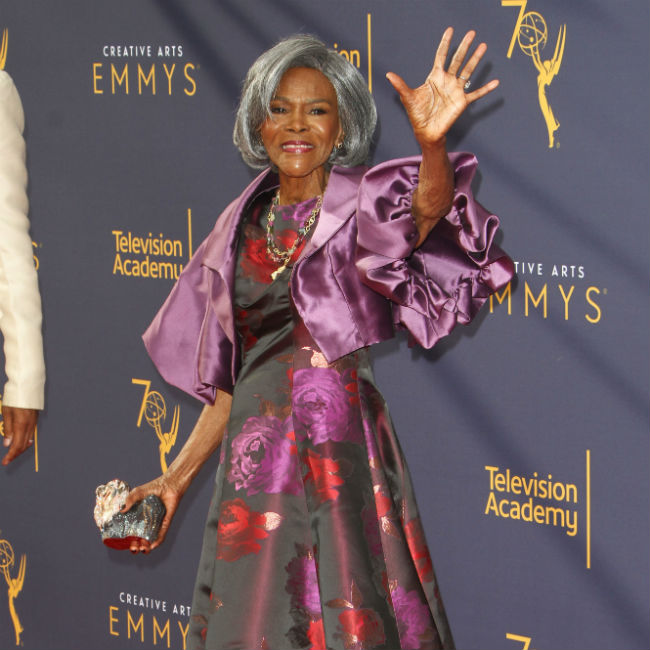 The late Cicely Tyson‘s body will have a public viewing later this month, her family has announced.

Cicely will be lying in repose at Abyssinian Baptist Church, 132 Odell Clark Place, with the walk-by taking place from 10 a.m. to 6 p.m.

Coronavirus protocols will be in place, with masks and social distancing compulsory, and no photographs will be permitted.

The Sounder actress’s “peaceful” passing was confirmed by her loved ones last week.

They said in a statement: “With heavy heart, the family of Miss Cicely Tyson announces her peaceful transition this afternoon. At this time, please allow the family their privacy.”

And her manager, Larry Thompson, later added: “I have managed Miss Tyson’s career for over 40 years, and each year was a privilege and blessing.

“Cicely thought of her new memoir as a Christmas tree decorated with all the ornaments of her personal and professional life. Today she placed the last ornament, a Star, on top of the tree.”

Lenny Kravitz was one of the first to pay tribute to the star, who was his godmother, hailing her a “true pioneer.”

Alongside a series of pictures of himself with Cicely, Lenny wrote on Instagram: “With inimitable style and grace, my dear Godmother Miss Cicely Tyson made her grand exit to the heavens. She lived a remarkable life up to the last moment. A true pioneer, who bared her heart and soul so we could witness the spirit of the characters she so brilliantly portrayed, which continue to move and inspire generations. (sic)”

The “Are You Gonna Go My Way” hitmaker also praised Cicely for showing him “unconditional support.”

He continued: “A Black queen who showed us how beautiful black is. The love between us was and is tremendous. As long as I have had consciousness, I’ve known Godmother. She and my mother were kindred spirits. Sisters. And after my mother passed, Godmother’s role in my life was amplified. I constantly felt her spirit over me. She always gave me unconditional support. She came to my shows, came over for holidays, met me for dinners, stayed with me in Paris when I first moved there, and never let me too far out of her sight.”


Posted in Movies and tagged cicely tyson, How To Get Away With Murder, Lenny Kravitz, pioneer, public viewing, Sounder